Almost there! Our last two destinations in California, other than San Francisco airport, were Henry Cowell Redwoods State Park and the Tafoni Trail in El Corte de Madera Creek Preserve.

These photos don't really do justice to the overwhelming majesty of the trees. As you entered the park, there was a cross-section of a trunk from a redwood felled in 1934, when it was already 2200 years old. The recent forest fires outside LA were the result of arson, and one can only hope that no pyromaniac ever succumbs to the temptation to see flames consume these magnificent survivors. 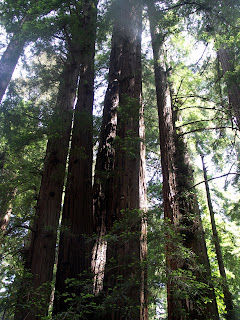 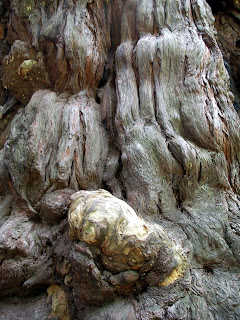 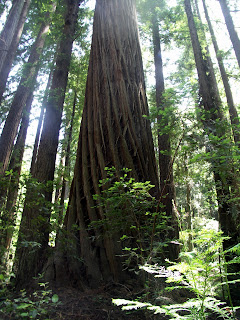 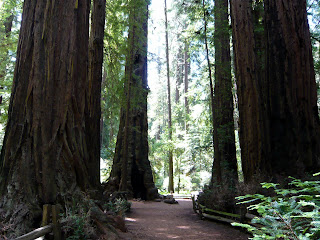 Miles of scenery very similar to the Poconos lay between the redwood forest and the Tafoni Trail. We had lunch in Woodside, at Alice's Restaurant. This funky wood-shingle cabin seemed as if it might well have inspired the well-known lyrics, but it turns out the owner, indeed an Alice, had named it after herself and the song. Arlo Guthrie has, however, visited twice.

For an explanation of exactly what tafoni is, I'll send you again to Michael's blog (http://throughthesandglass.typepad.com/through_the_sandglass/2009/02/tafoni.html). Having been to Barcelona in February, we couldn't look at these weird and wonderful effects of rock weathering without thinking of Gaudi. 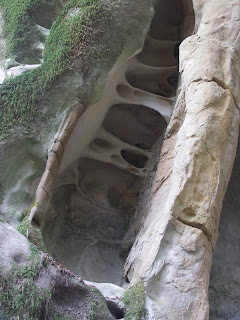 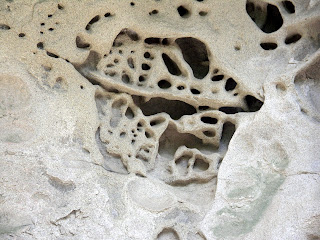 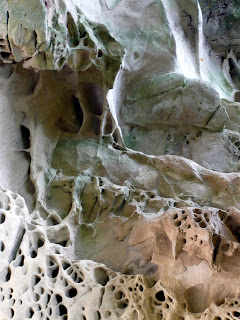 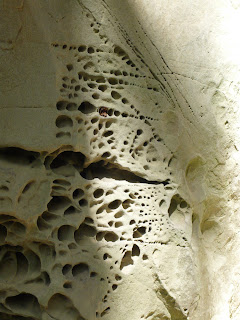 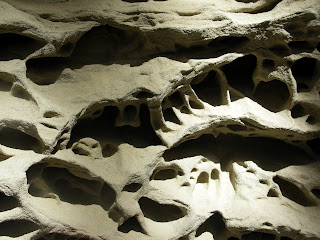 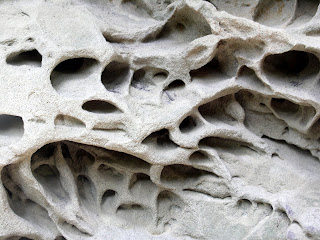 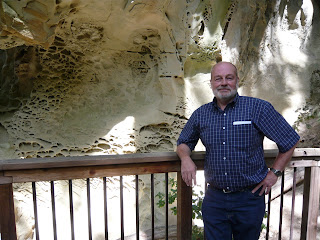 As we walked, we each carried a big stick, which was a primitive and probably useless response to seeing this sign on the way in. I felt better anyway. 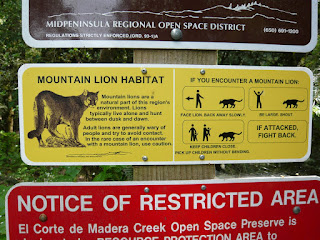 Our last night in California was spent at the Clarion Hotel, which while not embodying the "intimate, lovely, memorable" adjectives on a sign in the lobby was really very nice considering how much more reasonable its rooms were than those at other airport hotels like the Westin or Sheraton. The only significant downside was when Michael was forced by lack of a minibar to finish off his gin with Pepsi—a taste experience he never intends to repeat.

We returned the Mustang with 1200 miles added to the odometer. It served us well, as did our satnav Sal, despite her occasional moments of confusion. Those were, of course, the only times I identified with her.

Posted by magpiemom at 6:11 PM