[Just in time. I'll finish writing up our Barcelona trip right before we set off tomorrow morning on an overnight jaunt to Narbonne and environs.]

We had intended to splurge a second time on our hotel's excellent breakfast buffet, but over-indulgence the previous night meant Michael just nipped out for a wake-up cup of coffee while I started packing our now rather heavier bags.

We dumped those at the desk and strolled down Paseo de Gracia and Las Ramblas one more time. Our destination was La Boqueria, the market we had briefly visited with our German family on Day 1. Before I end this photo journal with a sampling from the far too many photos we couldn't resist taking of the colorful profusion of temptations on display there, I'll pop in a few non-Gaudi Barcelona scenes, redolent of both his modernisme period (art nouveau--think Tiffany) and the timeless grace of Spanish courtyards and narrow passageways. 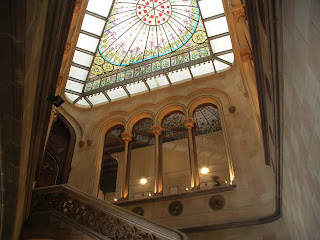 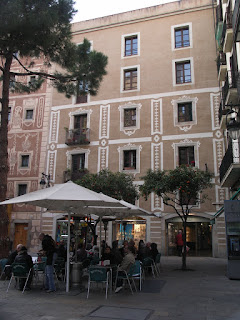 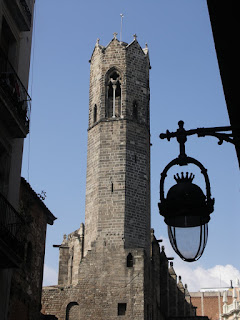 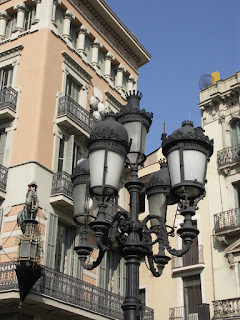 And, only in Barcelona, a uniquely idiosyncratic former umbrella factory/shop. 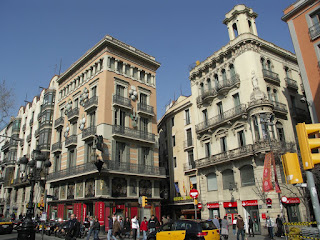 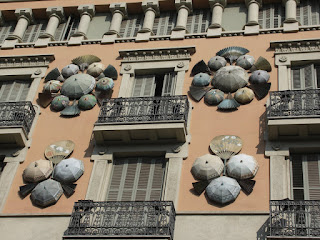 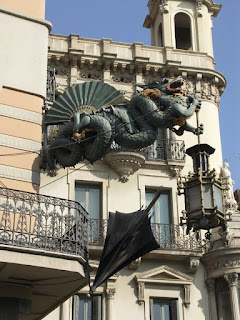 What I don't have a photo of is the monument to Italian-born Christopher Columbus. We passed it on our bus ride in from the airport, but never got back to that part of town again. Columbus sailed from the Spanish town of Palos, further west, in 1492, but returned from his first voyage to be greeted by Ferdinand and Isabella in Barcelona. http://columbus.vanderkrogt.net/es/barcelona.html

Back to the market. The entrance of La Boqueria, crowded as always. 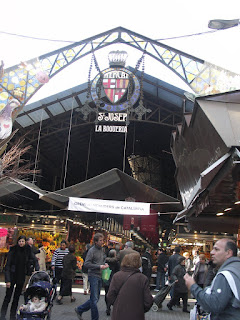 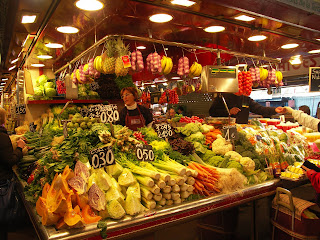 Demonstrating the foolproof talk-with-the-finger technique. Stand after stand offered virtually any fresh-squeezed juice you could desire. 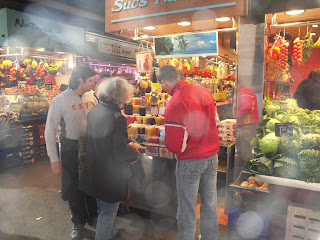 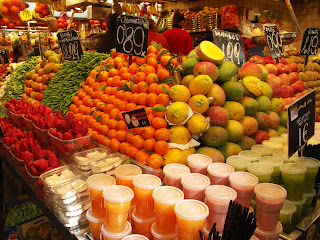 Poultry in a form you don't find it at Giant, Dad. 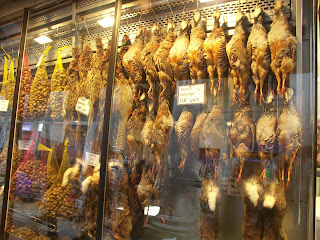 The jambon that was our most expensive indulgence of the day -- thin slices of Iberico are temptingly easy to transport. 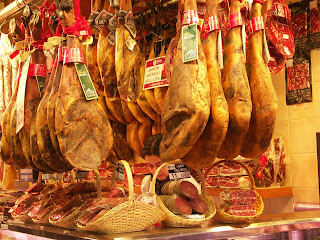 The cheese was heavier, but we bought a bagful anyway. 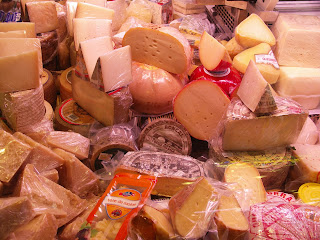 Figured we could do without the sheep heads. . . . 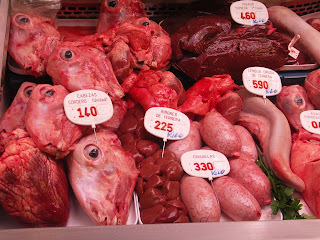 . . . . and without the salt cod, a Catalan as well as Basque specialty. 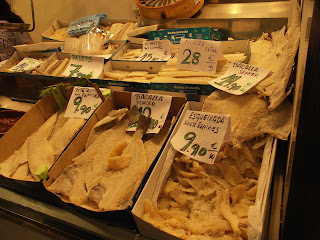 One of our final views of the market before we headed back to the hotel to gather our bags for the train ride to the airport. We watched for a while, and I can assure you that the woman was as formidable as the knife. 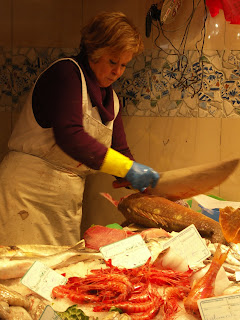 Posted by magpiemom at 2:21 PM