Mmmmm. Even now I can vividly recall the taste of the ribs Chris prepared for us. There were other barbecue offerings--chicken, hamburgers, etc--but it's those long-marinated, slowly cooked ribs that I'll never forget. Tonight we'll be trying a Waitrose treat, Charlie Bigham's baby back ribs with beer and molasses glaze, but I'm not expecting them to come anywhere near Chris's. Here's the chef taking a short break with Michael: 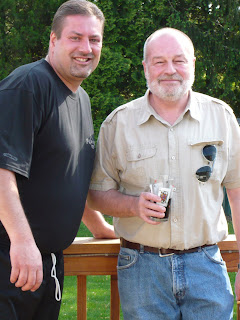 When Chris isn't cooking or coaching baseball--or at work, of course--he's often fulfilling yet another of Geretha's ambitious schemes for perfecting their house. I should have taken a photo of the beautiful job he did on the kitchen. When my parents' ceiling collapsed into their kitchen after a connection failed on a bathtub drain last summer, they had the same tiling reproduced by the team at work on reconstruction. 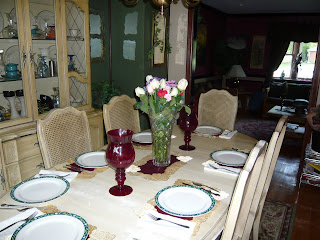 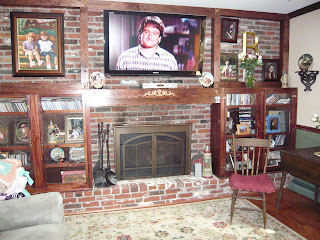 Biggest TV screen we've had the pleasure of viewing. 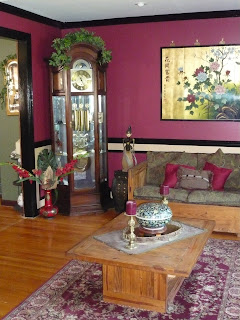 Neither the photo above or below does justice to the color of the walls. 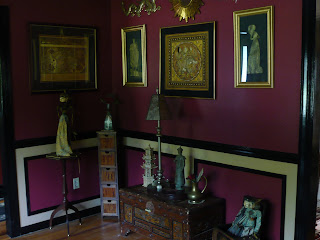 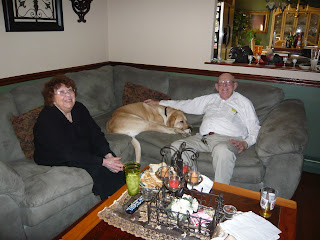 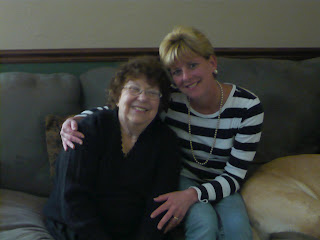 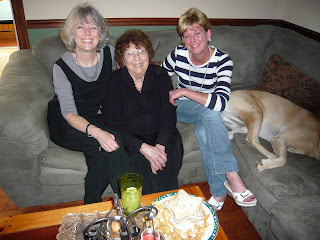 Brandon (almost 15) and Lindsay (13) were in and out, playing basketball, chatting with friends. By the time they returned to eat, cameras had been put away, so the final photos are from dinner the next week at Mom and Dad's. The youngest members of this generation of the family are so grown up these days . . . hard to believe that only a few years ago they were still children. 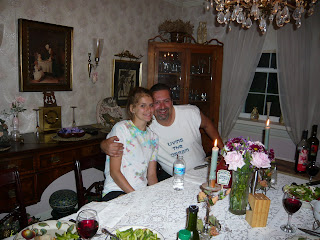 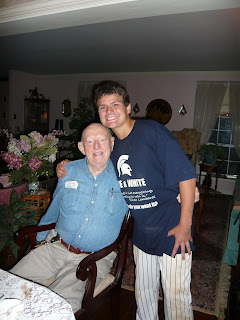 Posted by magpiemom at 9:36 AM