This trip was inspired by a bottle of extremely good 2002 Cornèlianum Michael found on his wine rack, bought long enough ago that we couldn't remember which supermarket it came from. No answer for it but to seek out the source. The domaine itself didn't offer tastings, but the cooperative in town did.

As we drove north, we passed acres of orchards—nectarines in this snap: 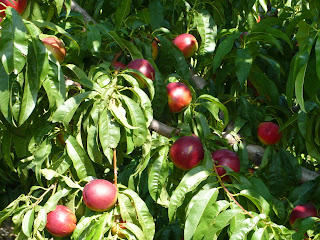 The home of a wealthy property owner, surrounded by the family orchards: 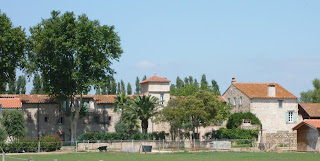 Decidedly less enviable, part of the long line of shanties where migrant workers live during the fruit-picking season. At least the ramshackle shelters were under plane trees similar to those in the bottom photo. Supposedly these were planted throughout France by the order of Napoleon to provide shade for his soldiers as they marched along country roads. 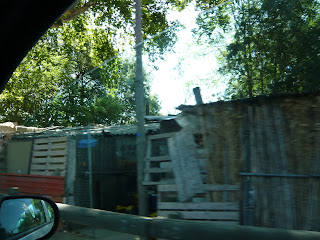 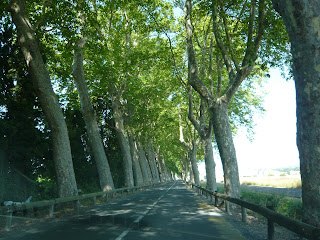 After one map reading mistake on my part, Michael found his wine at the Corneilla cooperative, sipping the 2003 sample while two locals purchased their vin ordinaire en vrac, at a dispenser that looks like a gasoline pump. 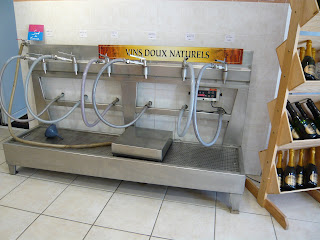 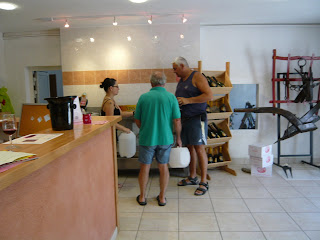 With the wine in the back of the car, we crossed the Têt (the rivière of the town name) so that Michael could collect some sand from old river terraces shown on his geological map of the region. While Michael filled his plastic bags here and later at the modern river banks, I found a few samples rather larger than sand grains for our garden. A great way to satisfy my acquisitive urges—we have room for them and they're free! 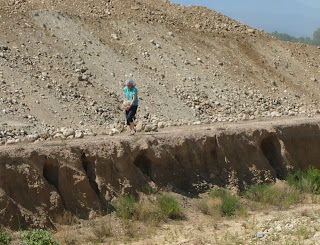 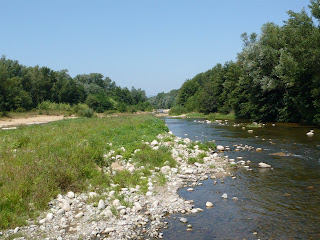 We also chanced upon a large ruined house (and attached outbuildings), no doubt abandoned when the road was enlarged to a few feet from its front door. Michael wandered in the surrounding vineyard (see grape photo) while I took some snaps of the house so that you, Dad, could admire its sound construction. 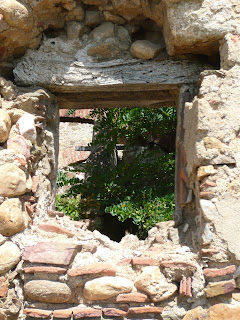 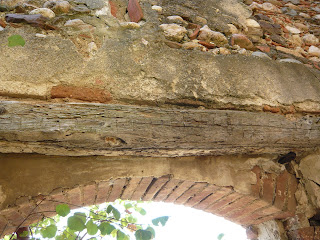 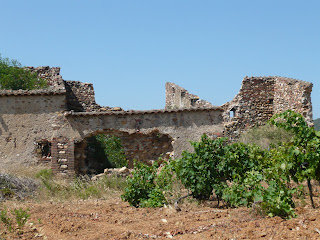 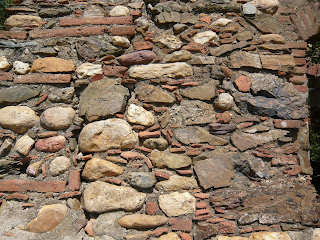 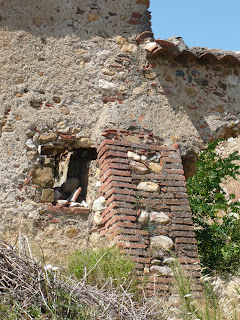 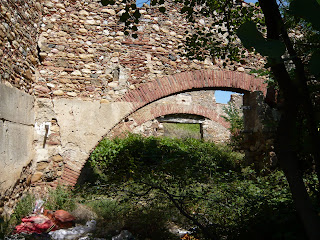 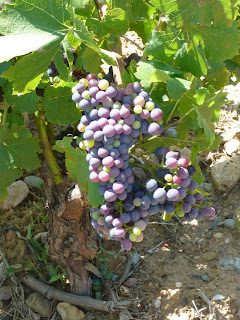 On the way home, we went through Thuir, home to this traditional townhouse, photographed through its imposing gate: 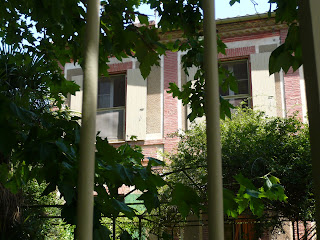 From there it was a quick stop at a supermarket and back home for lunch. This is the table in our outside dining room set for dinner, but you get the idea. 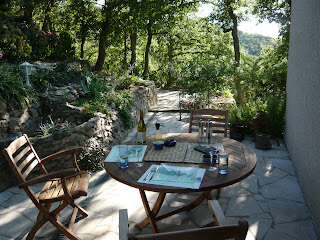 I've been posting photos of the terrace, but the view from the other side of the house is also to be treasured. Here's a dawn shot, where I couldn't capture the actual colors. It was the sun that was red, not the surrounding clouds. 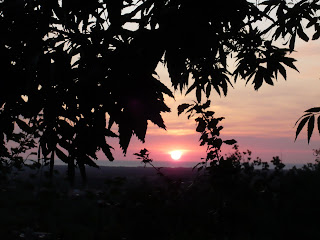 Last, two photos Michael took from our balcony of le coucher—rather than le lever— du soleil. This sunrise/sunset motif reminded me of the song from "Fiddler on the Roof " (and of the Richard Linklater films where Julie Delpy is so like my niece Emily--but that's another story), so I thought I'd see if I could get the lyrics in French. No luck there, but I did find a youtube video. My listening comprehension isn't up to it, but others of you may be able to provide a better transcript than what appears on the site: http://www.youtube.com/watch?v=Jw7g8cUzVlk. 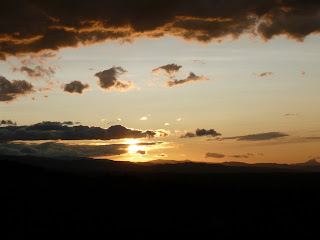 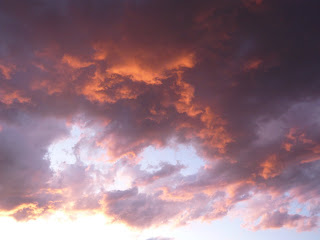