Family snaps + a classic: Hank's meticulous plan for getting a roast to the table on time

Feeling pressured to bring this blog up to date before we leave for France on Sunday, I'm going to paste in some of the best of the Lansdale photos now. Tomorrow: California in, I hope, its entirety. Curb that verbosity, Carol Jean! Strange how one can hate to write and still witter on at undue length. 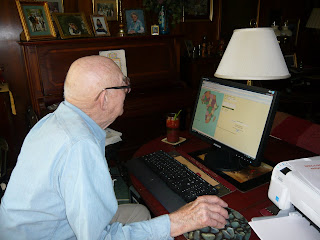 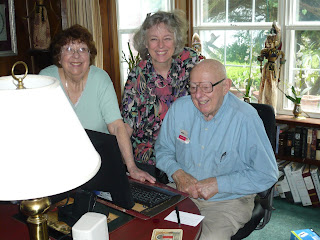 For the first time, Michael gets to see Sand in a bookshop. Both the local Borders and Barnes & Noble had copies. In contrast, these same two stores in Santa Barbara--near the beach, in the home state of the publisher--had none. 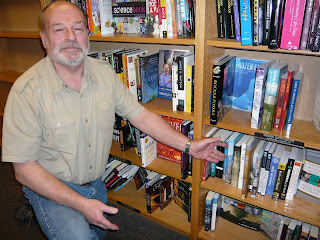 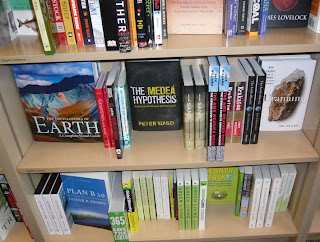 A close-up of Kate's plates, which featured in the Outstanding in the Field post: 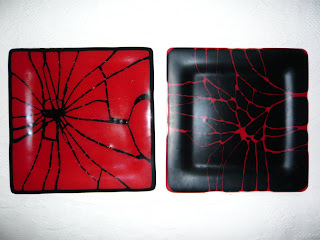 Michael making sure that our birthday present for Kate, an Amazon Kindle, works. Luckily the system wasn't functioning at first--gave us time to discover via a troubleshooting phone call that if we went on as ourselves, any books we downloaded for her would disappear when she created her own identity. 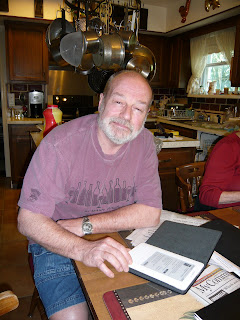 Somehow, with chatting and getting lunch out, we never managed any digital photos of visits from Joe & Phyllis, up from Washington, DC, and Uncle Ralph & Liz, who drove from New York and New Jersey. I'll rely on Todd's March wedding for a picture of the former (looks like that will have to wait until Michael can help me transfer this from an e-mail to the blog) and our Feb 2008 mini-reunion for the latter.

Dad has come through with a lunch snap that Michael has transferred to Picasa, but I'll paste in the wedding photo anyway. Note that Lena, Todd's sister, is the glamorous figure in black on the far right; Joe's sister, Susan, who once lived on Creek Way, is in hot pink: 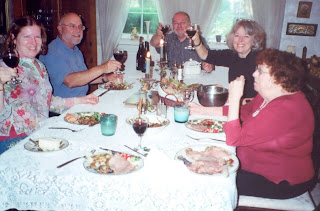 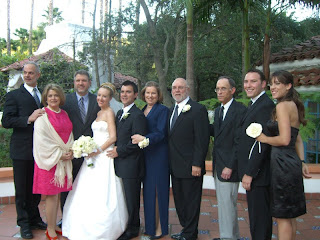 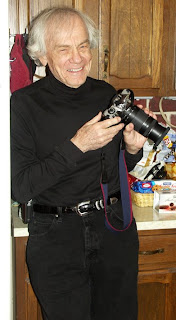 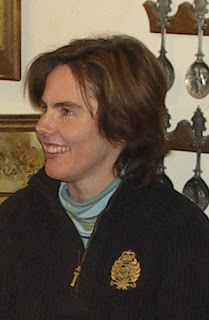 After our return from California and Kate's from the Static X US tour, she finally got to present her dad with the present she's been waiting to give him for months. He carried it back safely to London, where it's seen on display in the third photo. Since that picture was taken, it's been joined by the mineral eggs Ri gave us and the point, as in "Michael makes a . . . ." 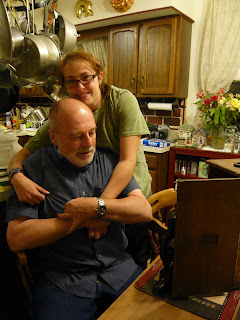 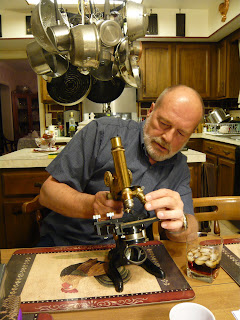 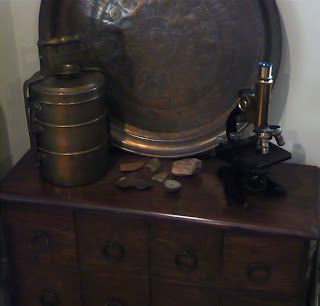 Kate's belated Mexican birthday dinner (remember the fajita leftovers in the freezer for Hans and Cheri to try). The fridge freezer by the dining room, that is, not one of the other four. 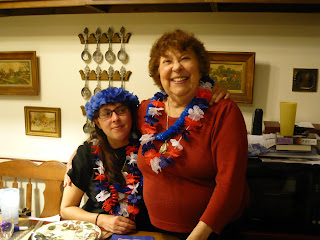 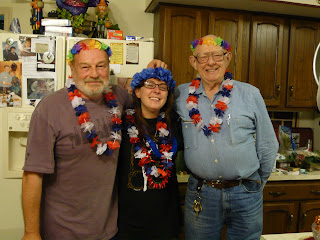 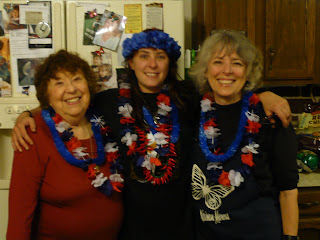 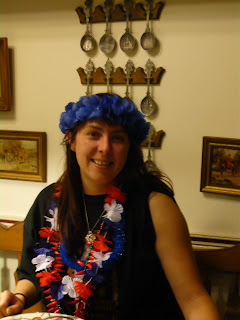 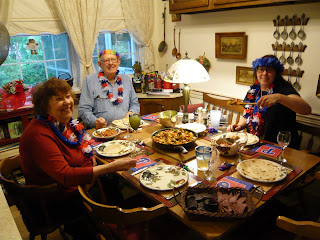 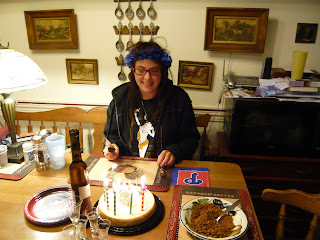 Kate takes on Michael's challenge to blow six party noisemakers at once: 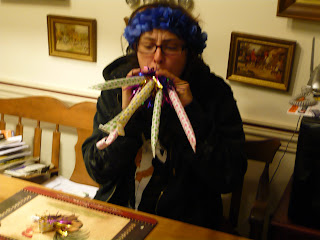 First photo below is of my dad engaged in one of his favorite hobbies, cutting coupons (taken last December). I've now set him up to print out additional ones from local supermarkets on his new computer. Final photo is of one of the 3x5 cards this 89-in-January perfectionist prepares for every roast that goes in the oven. He doesn't normally sign them, of course; that was a flourish for this preserved specimen. 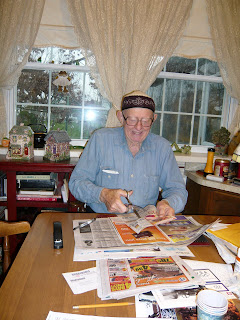 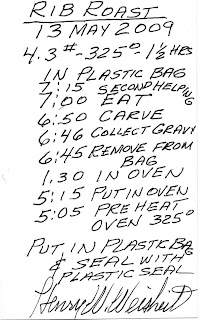 Posted by magpiemom at 5:01 PM