Backtracking a bit, but not as far as I'll have to when I return to our California visit. Kate will be back from her week in San Diego (first vacation in years, flying out with Robert on 26 July) before I even think about tackling that.

Our excursion a couple of weeks ago was to link up with Rosalie, a good friend from Dorset whom I met across the counter in the Sherborne bookshop where I used to work. Her Edmonton-based son had rented a large gîte north of Carcassonne for his 50th birthday; 21 friends and family gathered there to share the celebrations. Rosalie arranged a lavish lunch so that we could meet her friend Nicole, with whom she'd exchanged visits as English/French students decades ago. Nicole and her husband Richard live in Uzès, a charming town in Provence that's been on our list of places to visit for a long time. They were good company, so I suggested that on another visit we meet at a restaurant in Montpellier, another entry on that mental list. E-mail addresses duly exchanged.

Here's a partial cast of characters:

Rosalie (in the middle) with her ex-husband Trevor and Nicole: 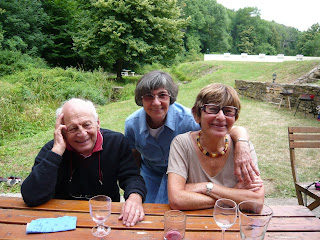 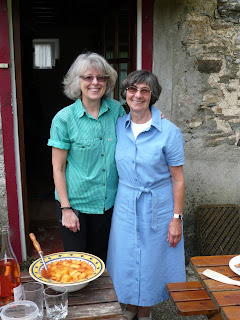 Grandma and two of her three grandsons, Joshua and Carl: 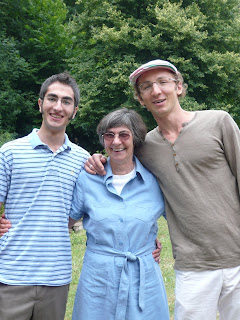 Birthday boy Peter (a psychiatrist like his father) and wife Millie (who doesn't need the Michelle Pfeiffer lens on the camera Michael always jokes about). 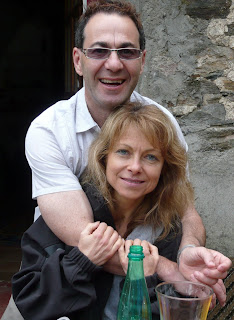 Two entrepreneurial Londoners, Rosalie's son Matthew and his wife Teresa. They can--and do--turn their hands to anything and make a success of it. Matthew is chowing down on delicious barbecued pork he'd made the night before. 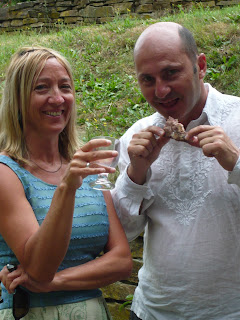 We had a great time over lunch, but I'm put off the gîte concept, nice though this place seemed, by the fact that the British owners didn't even supply toilet paper. The first arrivals had to rush off to the supermarket for the basics as soon as they had put down their suitcases.

Instead of a gîte, we had booked ourselves into what looked on the internet like a lovely place just outside Lagrasse, a town voted "un des plus beaux villages de France." La Fargo was even better than what their own website and other online reviewers had described ((http://www.lafargo.fr/).

Here's the entry to the building where our room was located: 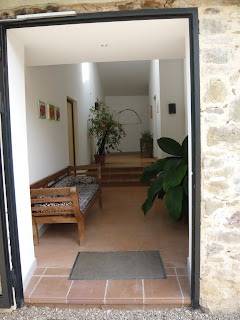 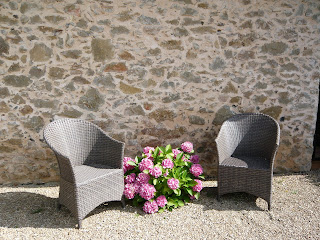 Our room, a fusion of Asian (the owners often spend a month in the winter with friends who live in Bali) and French. The stone wall is part of the 19th-century Catalan forge, for which the hotel is named. Everything was completely derelict when the Morellets began this ambitious project. 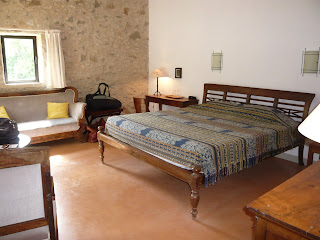 Sinks and wet room with shower. Toilet is in a separate cubicle. 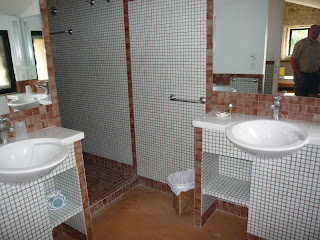 The view from one of our windows: 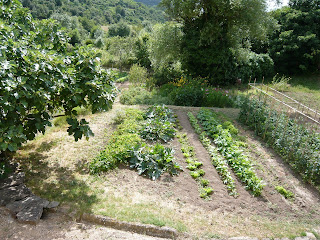 Other landscape shots for friends and family who are more ambitious gardeners than we are: 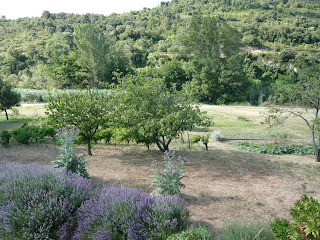 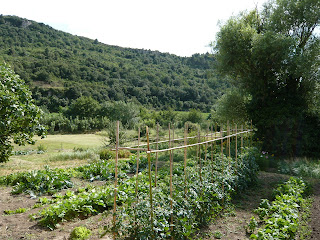 The restaurant, on the other side of the building: 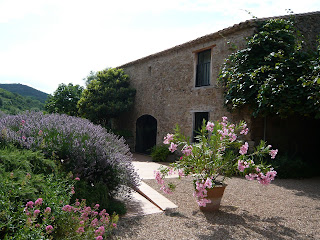 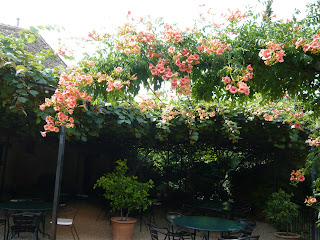 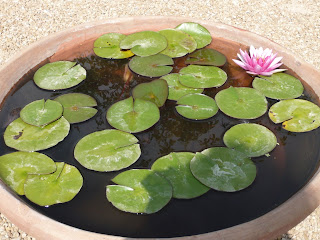 The room, at 115 euros, was a very fair price for getting to stay in such luxury. Dinner, however, which cost slightly more, seemed a bit expensive. However, Christophe Morellet's homemade foie gras (Michael's first course) was the best we've every had, and everything else--velvety cauliflower creme with pepper sauce, tomato tarte, rabbit, spine of pork, suprême au chocolat, sorbet--was very good. I think we've been spoiled by our magical meal at Moo in Barcelona and Jim Denevan's Outstanding in the Field.
. 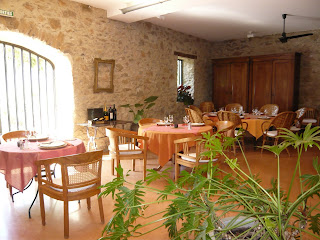 Here's a close-up from the photo above. If you have a wonderful antique frame and a fabulous stone wall, why do anything else? 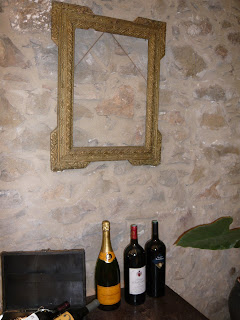 We had been intending to hunt the next day for a cross-bedded sandstone sample, as a show-and-tell item for Michael's talk. But Corbières scenes like this (just purple-grey shale and probably some sandstones) weren't to be on the agenda. My husband wasn't feeling up to par, so we headed straight home. There was, however, a perk. We passed this truck on the way south, carrying gear for Lance Armstrong's Tour de France team. Right now I'm headed for the sofa, to join Michael for the end of today's contre le montre stage, two weeks later. Will Contador still be well ahead of Armstrong, with the Schleck brothers in between? And what new team will Armstrong be announcing at the end of the race? 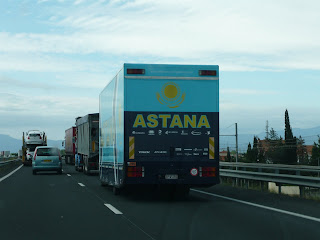 Posted by magpiemom at 2:16 PM