Two days before we're back in London, so I'll cram a couple more posts in between continuing leaf removal and fin-des-vacances tidying. Myrna, you once wrote when our kids were little that you were measuring life in loads of wash not Prufrockian coffee spoons. My equivalent is big bags of garden rubbish--not that I can really claim to be overtaxing myself.

Last Tuesday we rubbernecked at new exhibition at the modern art museum in Céret. It was a poster we spotted in Collioure for a Soutine exhibition there in autumn 2000 (9 yrs ago! -- shame on me: why isn't my French better??) that really led to our buying a property in this part of the world. Until then we had just been satisfying Michael's itch to see Cathar castles. But when we chanced upon this gem of a museum in a gem of a town, we started thinking that it might be nice to spend rather more than ten days here. Although Céret itself turned out to be too expensive, we've never regretted our compromise purchase. That's the nice thing about houses: even if they drop in value, you've had lots of pleasure from them, unlike--shudder--stocks.

When we took Jean-François and Brigitte out for dinner at a new little restaurant, Crystal, in their hometown of Elne, they told us about "Un siècle du paysages sublimés," Céret landscapes from 1909-2009, the "exposition actuelle" (another "faux ami" or "false friend"--"actuel/le" means "current," not "actual") at Musée d'art moderne de Céret. Lucky they did, because we weren't planning on a Céret visit this trip, and, splendid though it is, we would have been hugely frustrated only to be able to buy the catalogue the next time we were there.

Chaïm Soutine is the artist most associated with Céret (with Catalan Picasso a close second), but his weren't the only compelling landscapes on show. Paintings by Dufy, in contrast to Soutine's tormented trees and oppressively leaning houses, were airy and light confections; André Masson's work was completely different from the abstracts with sand & glue that we'd seen at MOMA; we discovered painters we'd never come across before like Manolo Hugué, André Eulry, Jean Capdeville . . . the list is long and it's no wonder the catalogue weighs a ton. 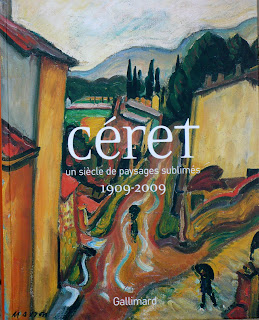 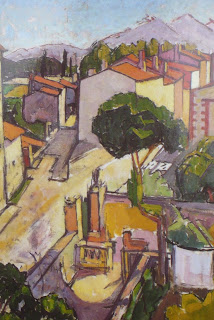 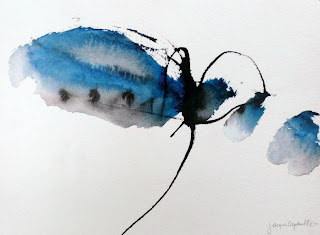 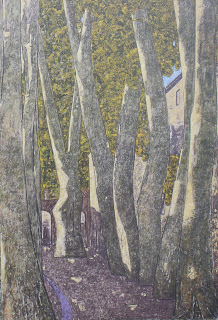 Next, some photos of the town today: 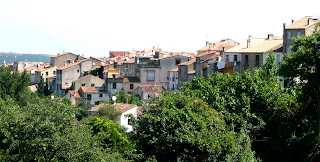 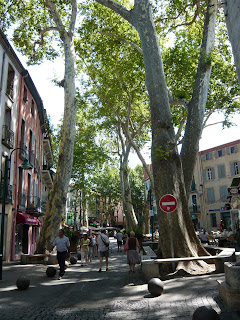 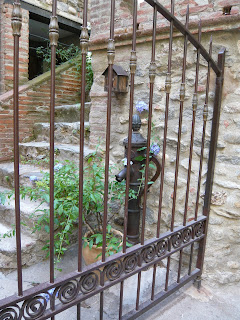 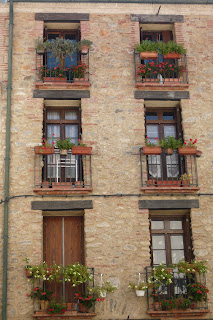 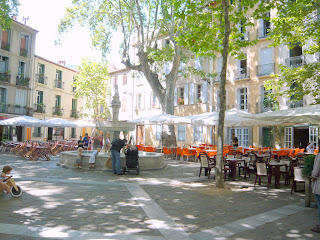 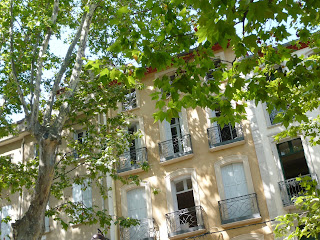 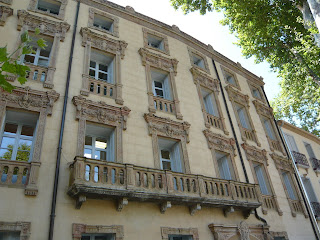 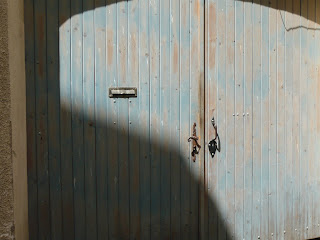 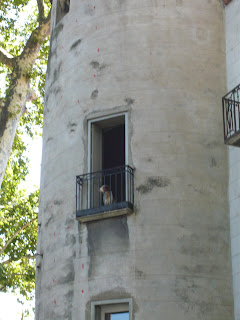 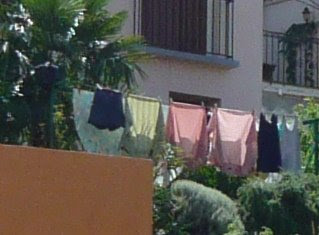 . . . and shop in stores like Les fantaisies de Céret, that aren't even within spitting distance of Parisian chic: 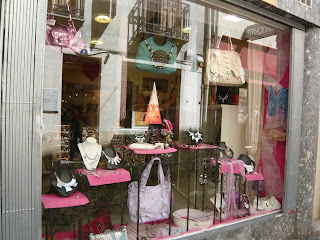 Kate and other guests we've taken to Céret will appreciate the poignancy of this sign. It was posted on our favorite mineral shop, by the charmingly alcoholic Monsieur Vargas. Usually we can track him down at Bar Picasso but, for the time being anyway, he's given up on the pretext of keeping to anything resembling normal business hours and is only open Wednesdays and Saturdays from 10 to 12. 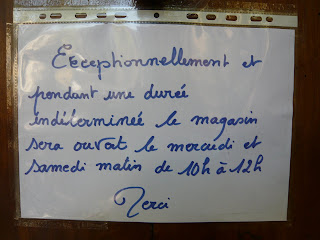 Posted by magpiemom at 3:19 PM