Indonesia prides itself, justifiably, on the philosophy of Pancasila (a = ah and c = ch when pronouncing this) underpinning its governmental structure. The first of these five pillars — panca from Sanskrit for five, sila for principles — is "Belief in the One and Only God," which is broadly interpreted as a basis for freedom of religion, despite its implicit exclusion of both polytheists and atheists. This broader interpretation was incorporated into the 1945 constitution, which states, "The State guarantees all persons the freedom of worship, each according to his/her own religion or belief."

Despite pressure from and active persecution of minorities by some of the more hardline religious groups, Indonesia has managed to preserve its reputation for religious tolerance in these internationally troubled times. Yesterday's holiday was an example of this spirit of acceptance. Tuesday was Hari Waicak (or Vesak), in honor of: (1) Siddartha's birth, (2) his enlightenment (nirvana) as Buddha under the celebrated bodhi tree, and (3) his death and ascension.


Sri Maha Bodhi in Sri Lanka, supposedly grown from a cutting of the ficus religiosa that shaded Buddha during his enlightenment. 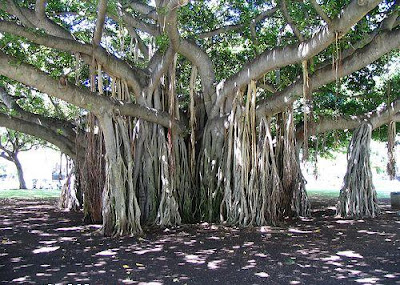 While Buddhists in Yogyakarta celebrate by bringing candles and flowers to Borobudur, in Jakarta this hari libur is just that, a day off work. After dutiful stints on two of the Ritz-Carlton treadmills, Michael and I headed for Grand Indonesia Shopping Town, the newest and probably the grandest of Jakarta's many elegant malls. We, however, were not interested in Gucci, Chanel, Bottega Veneta. Instead, we were headed for the consumer mecca my friend Monica had introduced me to a couple of weeks earlier. Little did we know that Jakarta now has not one but several branches of a western store that we can actually afford to shop in. 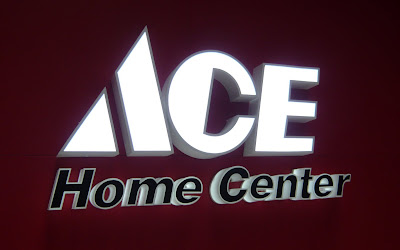 Not only does ACE Hardware have this distant outpost, the Grand Indonesia incarnation is bigger and better than the one near Kate and Robert's apartment in North Wales, PA: 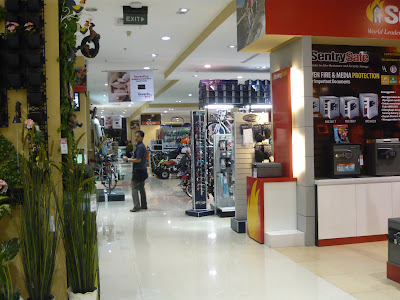 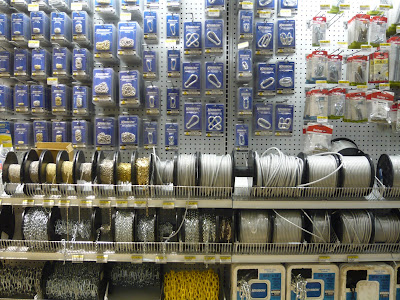 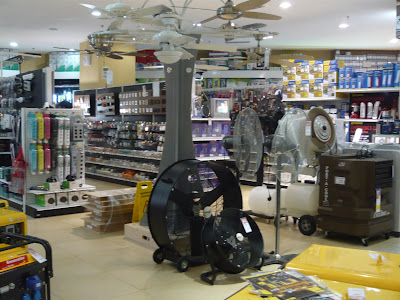 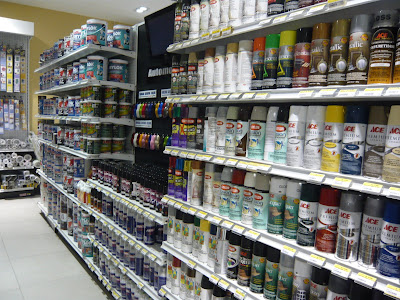 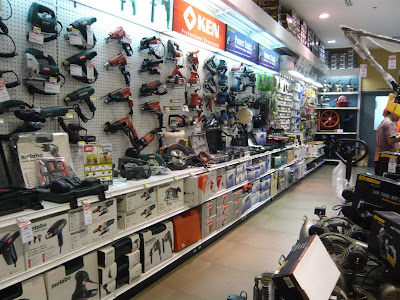 Believe me, NOTHING like this existed when we were here from 1991-1994. I had to restrain myself from falling on my knees in awe when Monica led me along the aisles. Michael's reaction wasn't that extreme, of course, but he too was impressed. While I had triumphantly borne home a a one-step ladder so that I can reach high shelves in the cupboards, a can opener that actually works (the Ritz-Carlton had supplied three that couldn't do the job), and — best of all — Goo Gone, Michael managed to find a perfect desk lamp for about $65. Before the discovery of ACE, we would have had to settle for either a cheap plastic version from a local shop or an incredibly overpriced one at a glamorous department store. If there were a t-shirt for sale with the ACE logo, I would wear it proudly.

I should also admit here that before we were leaving the apartment for the mall, there was another camera crisis. Déjà vu. I was afraid I had tertinggal (left behind) kamera saya (my camera) ketika mengobrol (while chatting) with Monica over lunch at a great Indonesian restaurant, Dapur Babah*, the day before. It's becoming increasingly clear that I can't talk (or wash my hands) and look after my possessions at the same time. However — this time I got lucky. The camera had merely fallen onto the floor of the car. That's bad enough, but at least it wasn't quite so much my fault. In my opinion at least. Michael may think otherwise.

* dapur is kitchen and babah is an elderly Chinese gentleman; a second noun following the first denotes possession.
Posted by magpiemom at 7:04 AM