Now I'm returning from various out-of-order posts to catching up on my chronological record. Days 3 and 4 are Sunday and Monday, April 17th and 18th.

The 17th was the first in what has become our new pattern of at-home Sundays. We've now added a visit to the gym as part of this routine, in an attempt to control the effects of too many gastronomic temptations. The fact that good bread is hard to find is the only mitigating factor in our diet.

While Michael stayed in the apartment to work at his computer, after proofreading Kate's final research essay for her stunningly delinquent Lifespan teacher (17 pieces of work handed in, 4 returned), I ventured out on a recce of the six or so floors of the mall. This took me from the soon-to-be-reopened cinema at the top through two floors of restaurants and a couple more of shops to the dry-skin-nibbling fish spa on the bottom level. On one of the middle floors the American Embassy has opened a multimedia showcase to demonstrate to Indonesians that Yanks are benign; the security necessary to enter, however, has occasioned some sharp criticism in the local press. 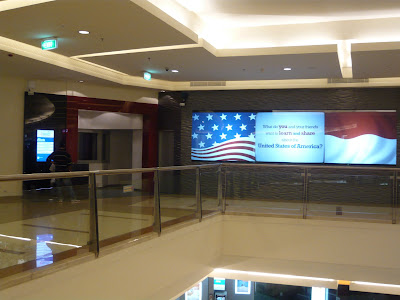 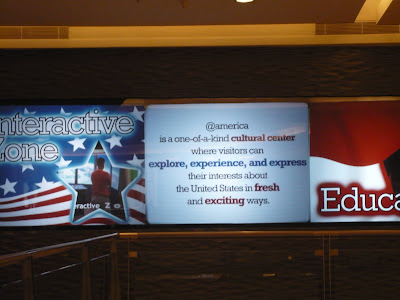 On Monday morning I met Connie and her friend Susan C in the lobby at 6 am. They were volunteers at the AWA bazaar in the Gran Melia Hotel, Kuningan, while I tagged along to help out if I could, pick up a few goodies for the flat, and link up with Monica.

My sole contribution to the effort, other than spending money, turned out merely to be stuffing some flyers into shopping bags to be handed out to the horde arriving at 10 am. 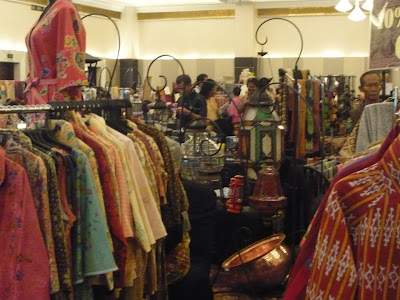 Here is the booth where I spent most of my cash on Lombok placemats and baskets, the most expensive, a woven fruitbowl, $15. 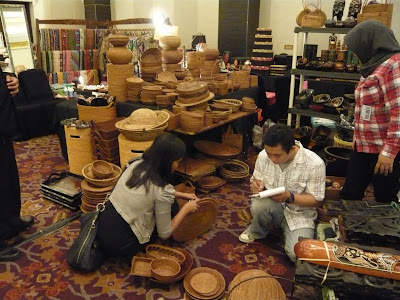 I was sorely tempted to buy some of the gorgeous batiks this woman was selling, but I didn't have enough cash. She's an American who came out to Yogyakarta as a grad student in textiles at Pratt, fell in love with the talented descendant of a Yogya batik-making family, and raised two sons here, with periodic teaching stints in the States and Australia. I'll be looking for her at the Anza bazaar tomorrow and also when we make a second pilgrimage to Yogyakarta. 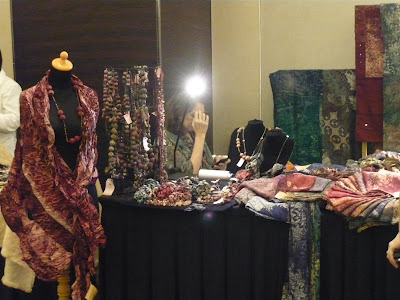 Connie had brought an adequate stash of rupiah. 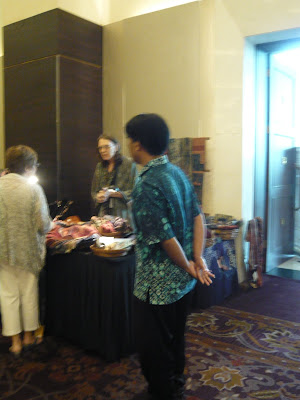 Here's my loot, followed by two close-ups of the smocked dress I want Cheri to take a good look at. I can pick up a few more on Monday if you're interested. . . . This one only cost about $25. I'm sure my non-existent granddaughter will love it. 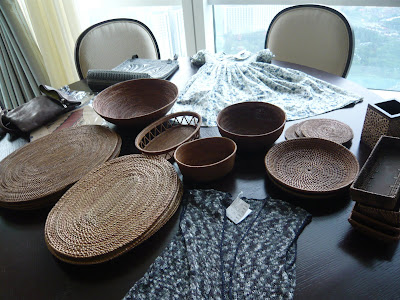 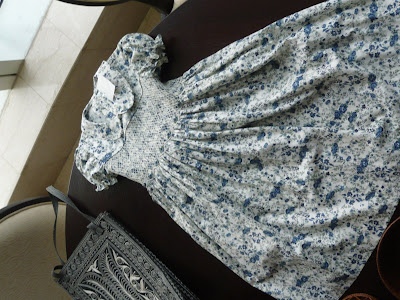 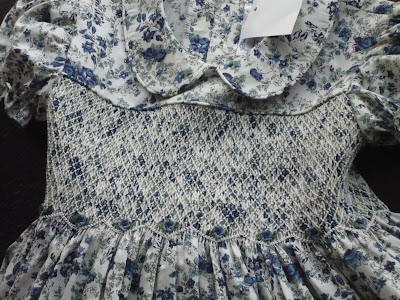 Posted by magpiemom at 6:47 AM