Title is perfect example of Indonesian spelling: since the letter C is only used for the "ch" sound, K is needed for a hard C and S for a soft. "Konser" means "concert" and is one of the rare words that has convenient commonality with English. Trying to refresh and add to my Indonesian vocabulary makes me even more ashamed that I've proceeded so slowly with French. As Victor Hugo is supposed to have said, "English is just French, badly pronounced."

The concert we attended on Saturday evening, 21 May, was by 60-something guitarist/singer/songwriter Leo Kristi, a cult favorite in Indonesia, with Michael's colleague and friend Sena playing drums. Sena has been a fan since his schooldays, along with the other devotees who crowded the auditorium, singing along, shouting out comments, more like a family gathering than an audience.


For Robert—the merch guy.
He sold us what was probably the only XL t-shirt. 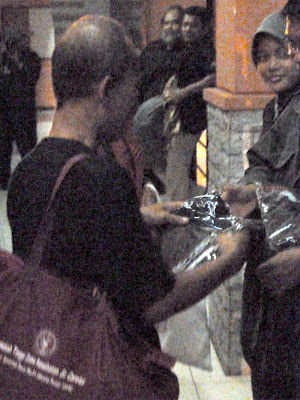 Sena and his wife Yetti, as charming as she is pretty. 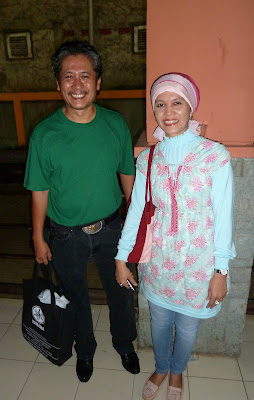 Leo posing with a fan 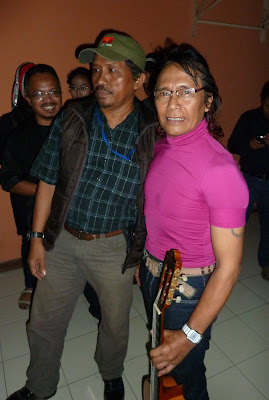 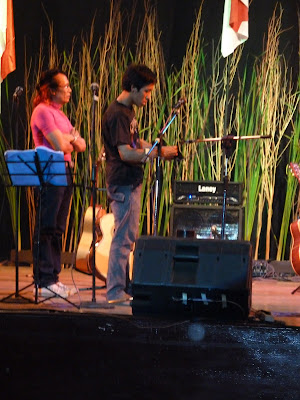 The theater in Gedung Kesenian was larger than we expected after accessing it via an alley so narrow that a motorcycle had to be moved for Purwanto's Toyota SUV to get through. 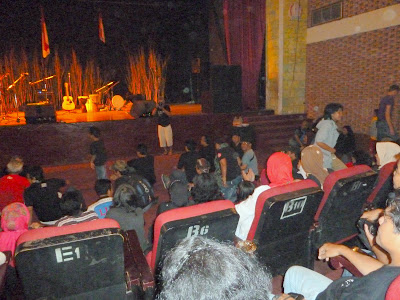 The violinist was terrific. Apparently he has a regular gig at Mistere, the nightclub right here in the Ritz-Carlton, Pacific Place. Will we ever be able to stay up late enough to take in a show that begins at 10:45 pm? 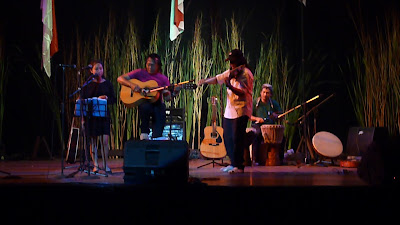 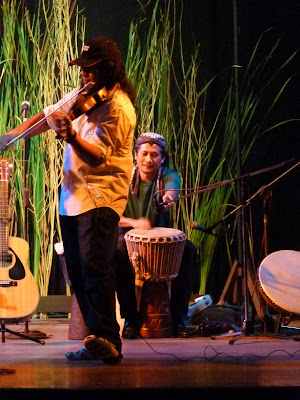 Every Leo Kristi concert contains a surprise, this time rabbit ears after intermission that reminded me eerily of Donnie Darko. 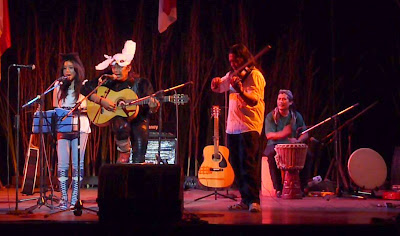 A video Michael has compiled of snippets from the concert, taken on his Lumix since we hadn't thought to bring the Sony film camera. The music was much more resonant than it sounds here.

Posted by magpiemom at 3:36 PM