I had half a suitcase full of oleh-oleh (souvenir gifts) to take back to London with me, but the largesse had to be whittled down to accommodate all the files I need for our tax returns — processing the raw material for our accountants is the reason I need to spend a month in the UK before heading to the States.

Unexpectedly, I found myself a recipient of oleh-oleh as well as a future distributor. Agus phoned the other evening to request that I drop down to Kem Chicks if I had time. I did and was presented with snacks and an extraordinary coconut shell handbag. With his wife and two daughters, he had been visiting Rajapolah, an area in west Java famed for its traditional handicrafts. The local artisans work mostly in natural materials, coconut, rattan, bamboo, and water hyacinth, considered an invasive weed in most places but creatively processed by clever Indonesians. For anyone who, like me, has no idea what woven water hyacinth fiber looks like, this is it, via Google Images: 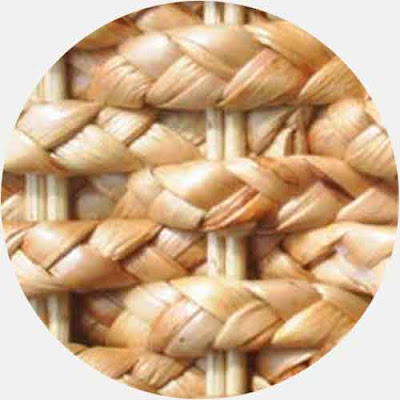 Here is Agus when he met Myrna in March, in his usual smart shirt and tie: 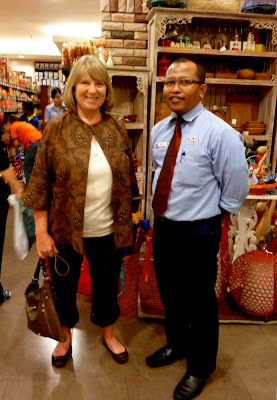 And here he is in what could easily be Californian vacation mode: 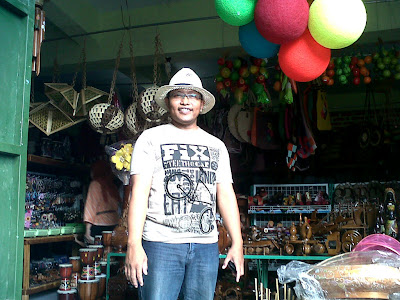 Our snacks. The ones on the right are sweet, and one bite transported me instantly back to eating Sugar Smacks when I was a child. Wikipedia check reveals that this cereal appeared in 1953, when I was five; almost sixty years later, it's still around but now billed as Honey Smacks. 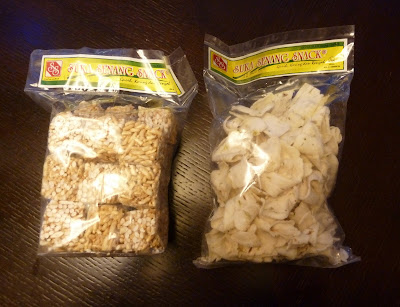 I may have quoted this before somewhere, but there's a saying that the coconut is Allah's most useful creation. You can drink its liquid, eat its flesh, turn the shell into an eating vessel and then, if all else fails, use it as a begging bowl. As I now know, there's also the purse possibility. Ingenious use of materials! 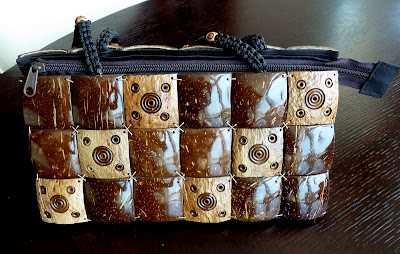 A close-up to show how painstakingly made this is. 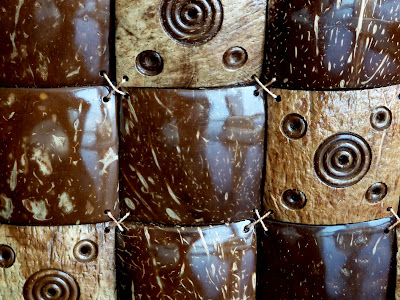 I asked Agus for photos of the family on holiday. He obliged with the one photo of himself above and others of his wife and daughters, Vera,  Fathiya, and Athifa. 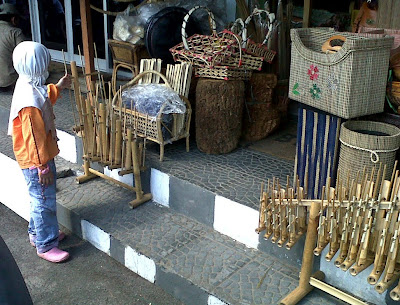 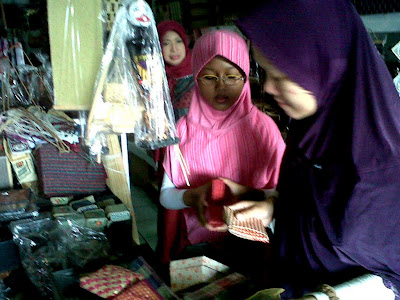 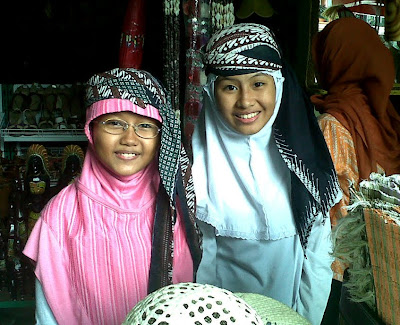 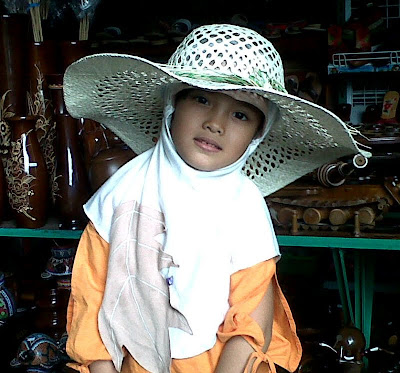 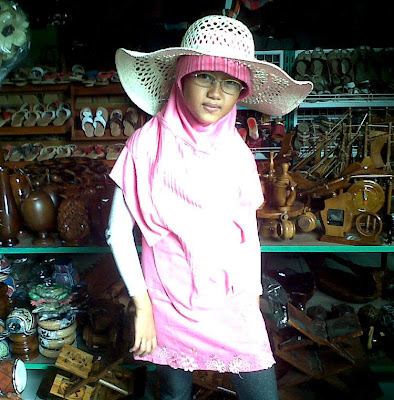 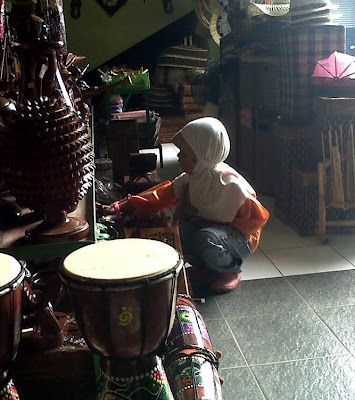 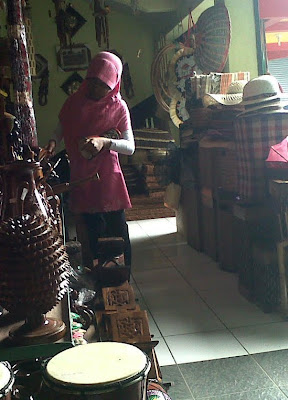 Posted by magpiemom at 9:11 AM