Dameria had instructed me not to miss the museum created by one of Indonesia's most colorful and famous artists, Boerhanoedin Affandi Koesoema (1907-1990), the son of a sugar factory foreman who became an internationally acclaimed expressionist. What Dameria says goes, so on our last morning Bagus drove us out to the bank of the Gajah Wong River to see where Affandi lived, worked, and was buried.

We weren't allowed to take photos inside the galleries, so I'll have to rely yet again on Google Images for the pictures below [see also the slideshow here for a tour of the museum]. Some of these paintings we didn't see, and two of our favorites, one of his mother in 1949, the other a political image from the independence period, I couldn't find online. 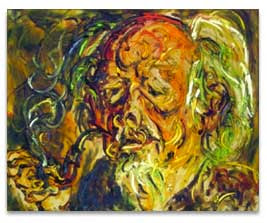 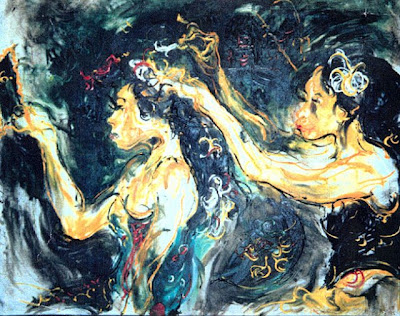 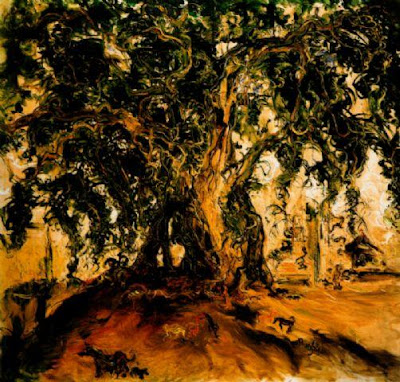 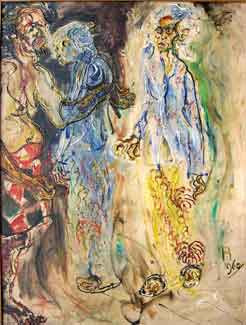 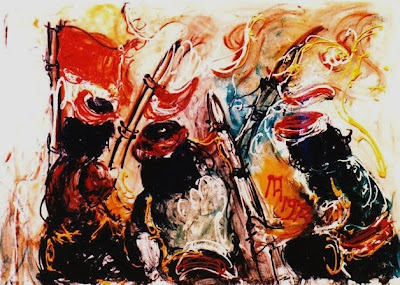 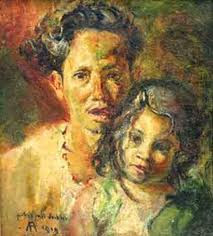 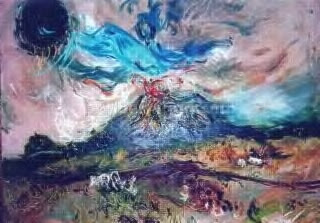 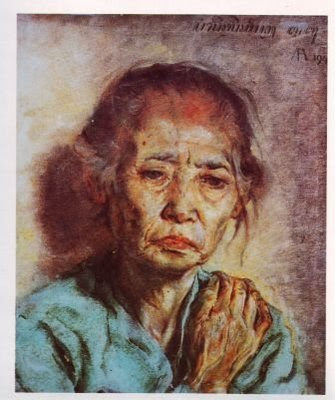 Affandi, with his thickly applied paint, is often compared to Van Gogh. Here's are two obvious reasons for the linkage: 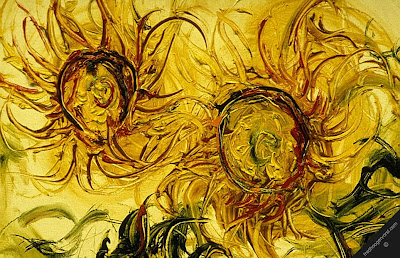 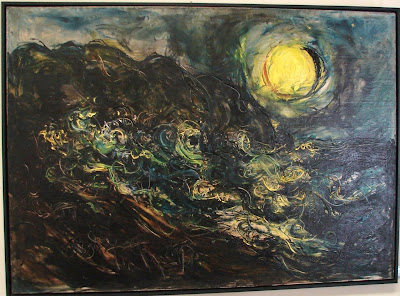 The 1976 Colt Gallant Affandi re-designed to resemble a fish. 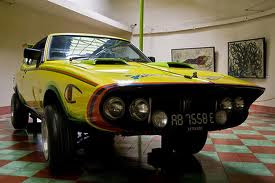 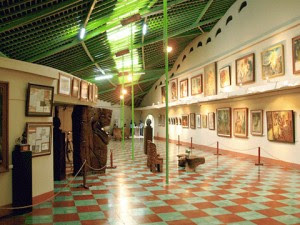 Outside photos, first from internet, others ours. This captures the Disney-like whimsy of the architecture. 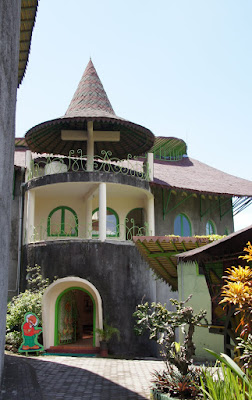 Affandi's Indonesian take on an American caravan/mobile home, built for his wife Maryati as a retreat when she could no longer climb stairs. 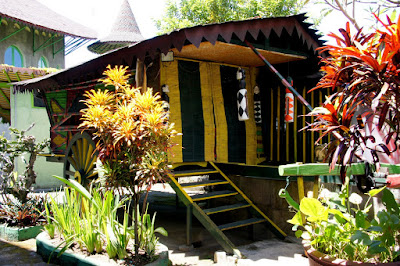 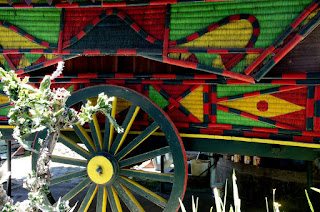 Both Affandi and his wife are buried here. 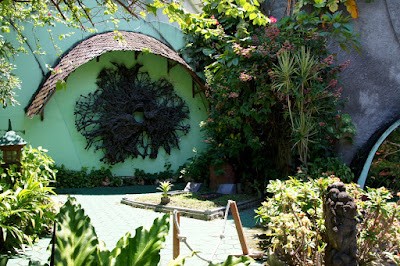 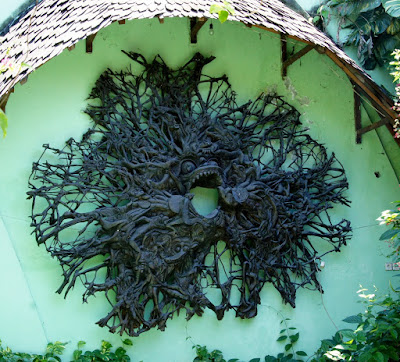 I don't know if Affandi was familiar with Gaudi's work, but the artist and architect shared a love of mosaic.
(from internet — better pool pic than ours) 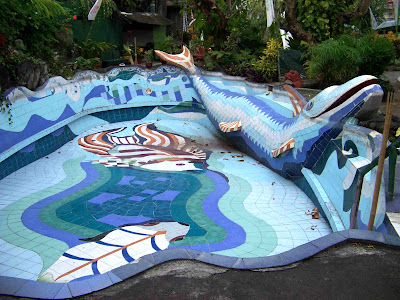 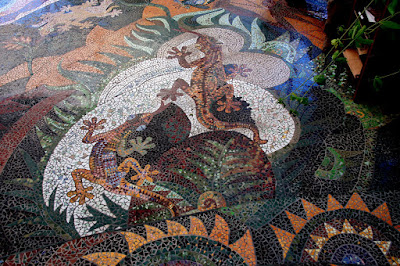 I was pleased to find when googling that Affandi had painted a picture of an andong, one of the horse-drawn carriages that are so much a feature of Yogyakarta traffic. This gives me an excuse to conclude with photos of a recent acquisition, from Confetti in Kemang, an old foot-operated andong bell, manufactured about fifty years ago in NYC. 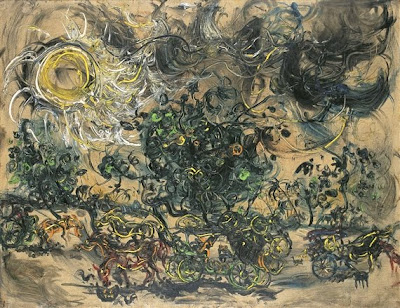 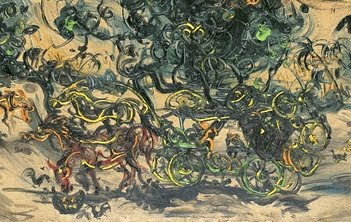 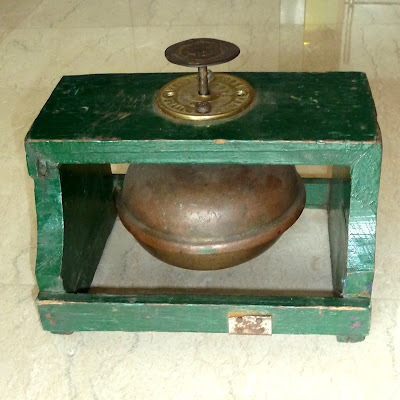 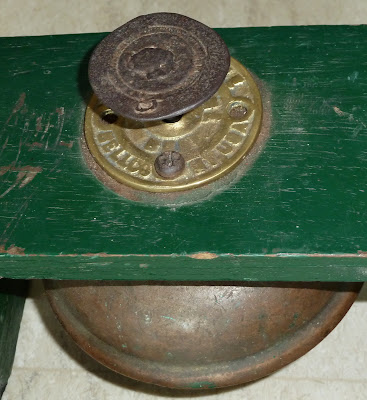 Posted by magpiemom at 7:09 AM