After lancing the impressive blister I'd developed the day before (I'll spare everyone the close-up of my toe that Cheri took), I opened cards and Cheri's gift, a set of Dr Hauschka's creams and potions, guaranteed to erase a few years from my face. I do have to say they're pretty wondrous: my skin hasn't felt this good since Myrna brought me a similar collection of NuSkin products several years ago. 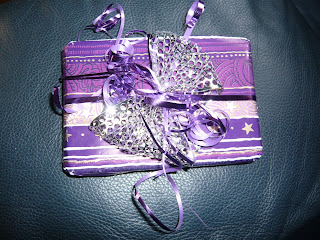 We headed via the Jubilee Line to Green Park tube station and commenced our saunter down Piccadilly. First stop was the Ladurée macaron shop in Burlington Arcade. 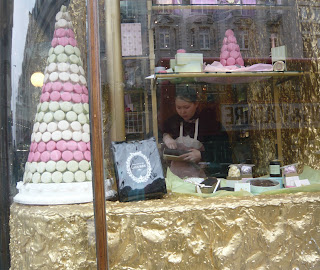 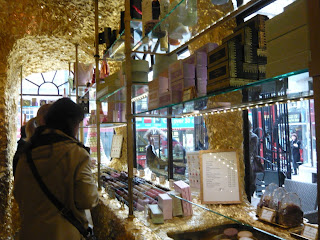 Because the seating is only a few dinky chairs & tables outside this golden cave (and they charge more for the macarons if they're consumed on the premises), we went next door to the Royal Academy to consume our treats. Colorful though they were, our contraband goodies weren't commented on when we added them to our dutifully purchased cappuccino and fig roll. Cheri has always passed by these delicate French confections, assuming that they'd taste like the flavorless pastel cookies of our youth, but she's now a convert. 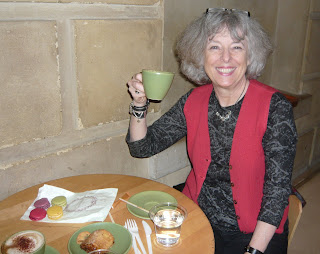 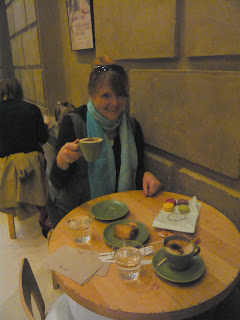 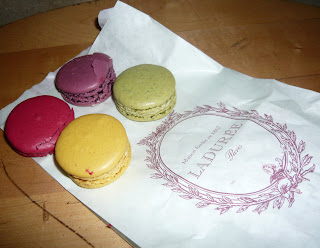 A snack and then some culture, the first exhibition of 20th-century British sculpture held in the UK for 30 years. 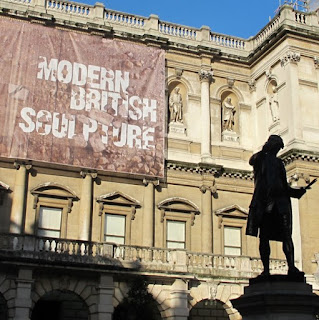 Displayed in the first room were photographs of reliefs by Lutyens (from the Cenotaph (1919-20), which we got lost trying to find the next day) and by Epstein (earlier, but considered disturbingly modern; defaced in the 1930s) . Room 2 was devoted to seminal pre-modern sculpture, from Africa, Greece, North America, Polynesia, and elsewhere. Striking pieces, many of them, but I can't find images on the web in any detail.

Here are some sculpture photos I did find, from the Royal Academy website, the speculumspectator blog, and various newspapers: 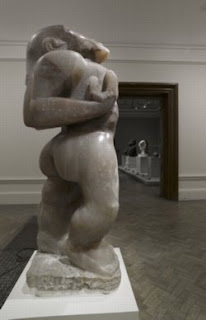 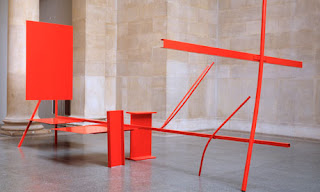 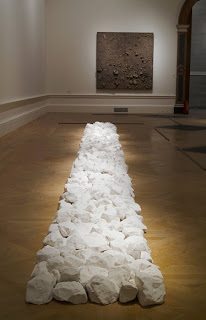 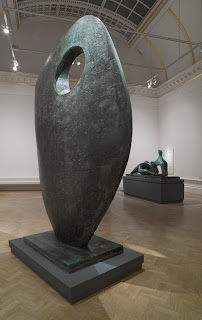 We were surprised that one of our favorites, Stack by Tony Cragg (1975), actually made the cover of the exhibition catalogue: 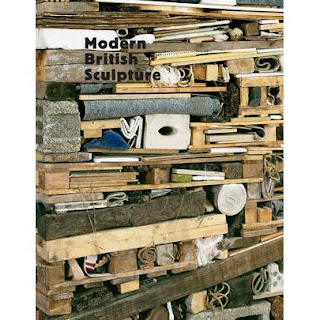 Weirdly, there was one American represented in the exhibition, Jeff Koons. Perhaps the logic behind this was that his 1985 vitrine, One Ball 50/50 Tank (Spalding Dr J. Silver Series),
influenced Damien Hirst. 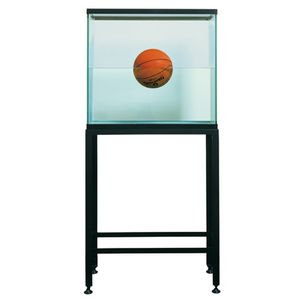 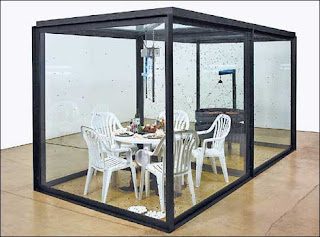 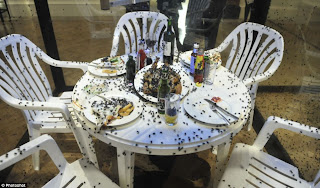 Back into the fresh air for a last look at The Merz Barn by German-born Kurt Schwitters, who fled to England in 1940 after being labeled a "degenerate artist." Little did he know his grey stone construction would be so enlivened by Cheri's red hair and turquoise scarf. Turning in his grave perhaps?? 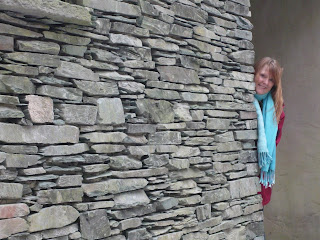 PS I may have somehow missed them, but I don't think either Rachel Whiteread or Antony Gormley was represented in the show. Why? Surely they're more important than some of the other sculptors whose pieces (many less than inspiring — but what, at the end of the day, do I know about serious art?) were on display. I'll paste in a couple of works by each of them to complete the show: 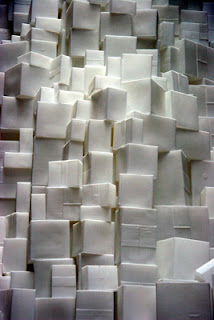 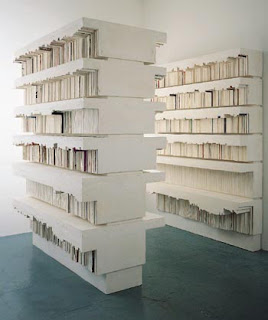 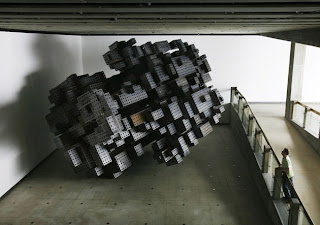 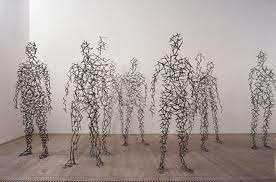