The one that got away

The week after Cheri left I finally found myself at the Tate Modern exhibition we had never quite managed to squeeze in. It was good, too, so I'm sorry we didn't make it. But then we never got to go mudlarking either, or gaze at the river banks from the Tate-to-Tate boat on the Thames, or marvel at the Hunterian's curiosities, or revisit the British Library: or, or, or. Still, we're only sixty-plus. Lots more fun times ahead. As my friend Claudia just wrote, with regard to the Wellands' imminent move to Jakarta, "Your good fortune restores and strengthens my belief that there is always another adventure out there just waiting to be scooped up." 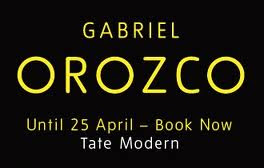 Jackie F. and I met at lunchtime, so we first had to decide on somewhere to eat. On my way to Tate Modern, I had passed a new pasta/pizza place, Vapiano, that was surprisingly full of customers given the cavernous size of the dining area I could see through the plate glass windows.

This would do, so off we went to experience a new way of ordering — German efficiency in action. It turns out this is a chain, founded in Germany, and now in the UK, US, Poland, India, Chile, Serbia, Oman, Australia . . . the list is long. It bills itself as a "very urban concept for young professionals." Just as well I didn't know that in advance or I might have been afraid to go in, in the same way that I'm reluctant to make an appointment at any hair salon that looks forbiddingly glamorous.

When entering the restaurant, every guest is given a chip card, on which everything you order is then recorded. Jackie and I opted for pasta, so we went to the pasta station, chose from a reasonably priced list, had our cards scanned, and watched as chefs simultaneously boiled the pasta and sautéed our sauce ingredients in handsome all-clad frying pans. Freshly prepared and very tasty. On the way out, we simply handed our cards to the cashier and paid up.

Having looked after our stomachs, we proceeded to provide a little sustenance for our brains. Like Susan Hiller, Gabriel Orozco is provocative, though in a less cerebral, more exuberant style. Which isn't to say this Mexican artist doesn't make the viewer think. We shook our heads over the shoebox sitting on the floor of the largest exhibit room (Marcel Duchamp? or the Emperor and his new clothes?), but loved the Peugeot with a central strip removed. And Orozco's skull is a lot more interesting that Damien Hirst's diamond-studded version. 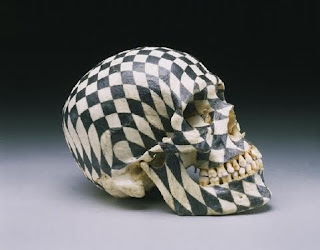 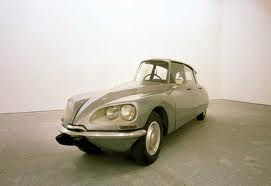 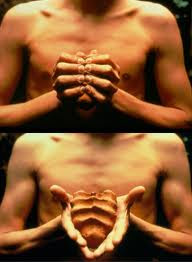 Not in the Tate exhibition, but I really liked this reconstructed whale skeleton when I found it online. 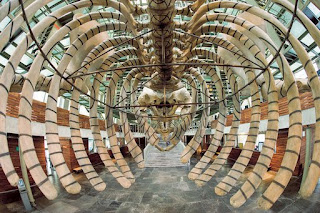 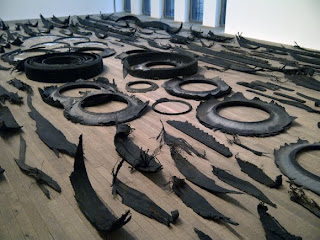 I think I'll end with an artwork of my own. You'll remember, Cheri, that I don't drink coffee when I'm on my own. That's the only excuse I could possibly offer for not noticing until about two weeks after you left that the glass pot of our Krups coffeemaker needed to be emptied out. I hope everyone viewing this will keep these words of Duchamp in mind:

"The creative act is not performed by the artist alone; the spectator brings the work in contact with the external world by deciphering and interpreting its inner qualifications and thus adds his contribution to the creative act." 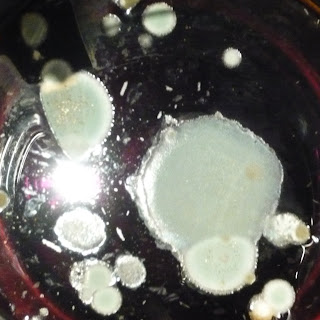