No belfry to roost in

When Michael went to shut the doors on the balcony before we left Laroque on Wednesday, he discovered that once again local bats had taken advantage of the shade behind our shutters. This colony was nothing like the one he found a couple of years ago (see photoshopped image at end that Michael produced after the fact to commemorate about a hundred flapping off into the great beyond). I was cleaning up bat guano for quite a while that time.

My trigger finger was too slow to get a snapshot before most of the bats had flown off, but I did get the few that lingered. Note the one that appears behind Michael's ear in photo 2--it's shown in close-up in the next shot. I'm glad it wasn't that near to me. Since we were concentrating on the main group, we weren't even aware of its presence until we looked at the photos. 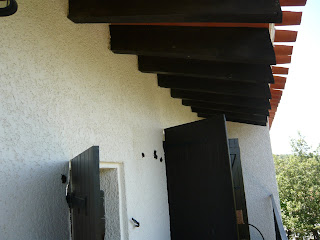 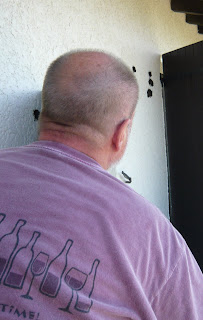 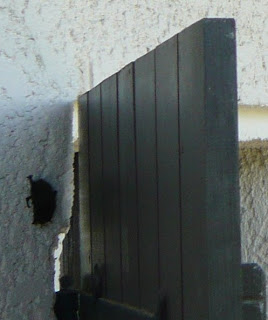 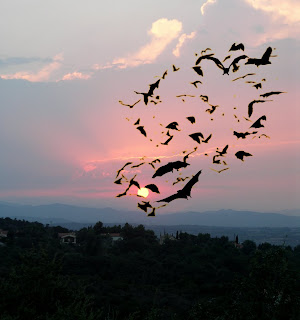 Posted by magpiemom at 5:48 PM