We weren't sure that our itinerary would include a stop at one of Nusa Tenggara's famous pink beaches (pantai merah), but it turned out that there was a fine example right on Komodo itself. We went snorkeling there in the late afternoon and then returned for a picnic in the evening. Michael was in pig heaven! It wasn't a trick of the light: the sand really was pink. 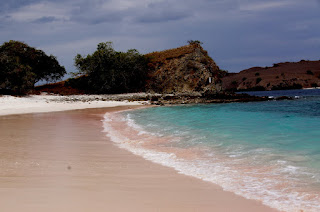 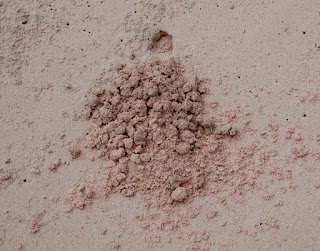 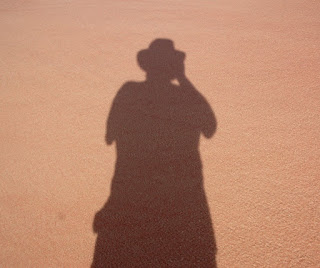 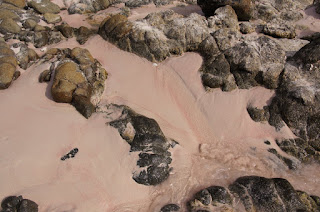 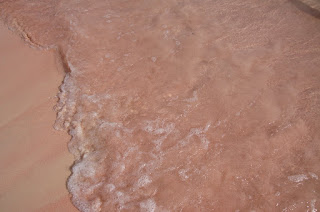 Some larger pieces of the red coral that provides the coloration. 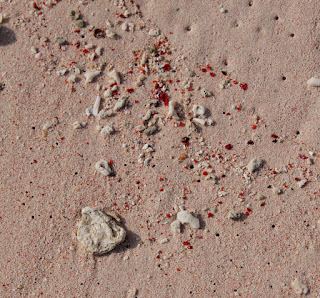 Barbecue (fires not allowed on Komodo Island, so cooking was done in the ship's kitchen). 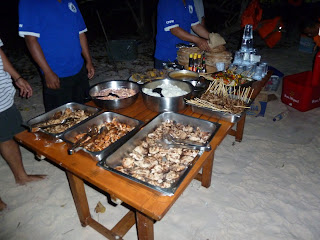 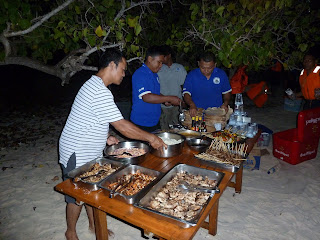 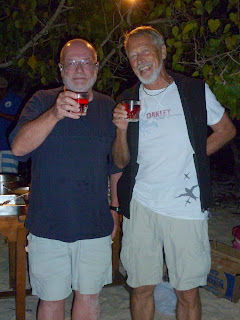 François, his wife Ursula, and Michael studying the phosphorescent algae that suddenly appeared in the dark when François was dancing on the sand. None of the photographs captured the glow, but it was still the perfect end to a wonderful day. 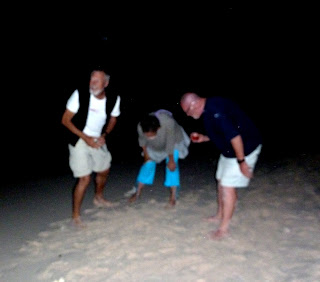