Back to arrival day

Our arrival at Soekarno-Hatta airport was distinctly different from the first time we entered Jakarta in 1986. Despite security issues after the bombings in Bali (2002) and in Jakarta's Marriott and Ritz-Carlton hotels (2009), we weren't in any way as conscious of tense guards with semi-automatic weapons patrolling the terminal. A pleasant and efficient minder organized by APEC saw us through immigration and customs at high speed.

A company driver, Taufik, was waiting for us and our luggage. His larger vehicle was being repaired—a female driver had run into him (the stereotype is obviously international)—but he managed to cram everything into a mid-size SUV.

The dreaded Jakarta traffic wasn't bad at 8pm, so we arrived at the Ritz-Carlton Residences in about forty minutes. The highlight of the drive was passing a billboard that advertised FITNESS CLUB, SPA, KARAOKE. Launch into "House of the Rising Sun" while you exercise....

Connie and Mark were waiting for us in the marble lobby (must take photos) as we and our bags passed through security. The procedure is always the same. As we drive up, we first are stopped for a vehicle check: trunk opened, underbody scanned, windows lowered so guards can peer in. When we've alighted, airport-style security comes into effect. We put purses, shopping bags, briefcases on a conveyor belt for scanning and pass through a metal-detector, after which we spread our arms and are checked by a handheld device. This is always done with characteristic Indonesian graciousness, so you soon get used to it.

Then it was time to take the elevator (also worth several pictures in a later post) up to our 39th-floor apartment. Room key is required for operation. I knew what was waiting for me thanks to Michael's emailed photos. Most of you reading this have already seen these, but for the record: 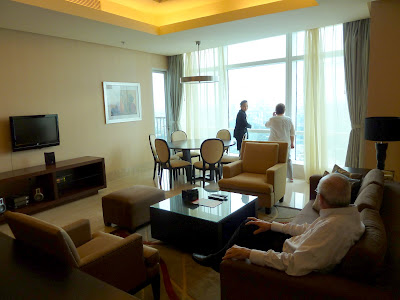 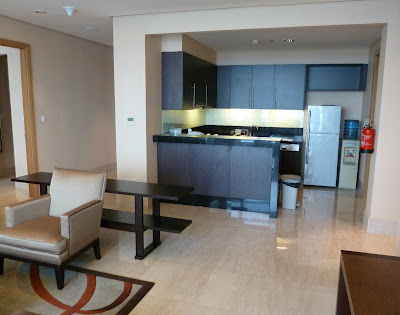 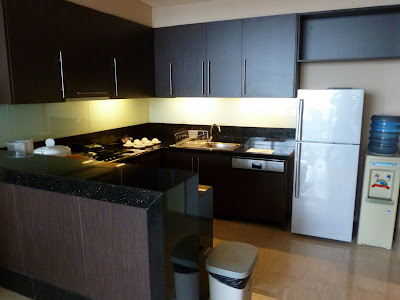 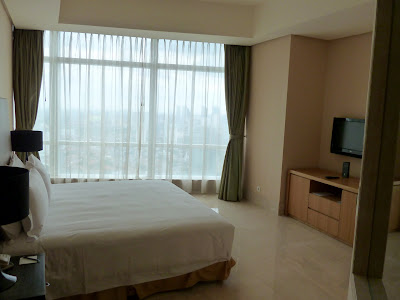 Master bath
This photo caused some raised eyebrows, but it turns out there is a blind to block the view from the bedroom. 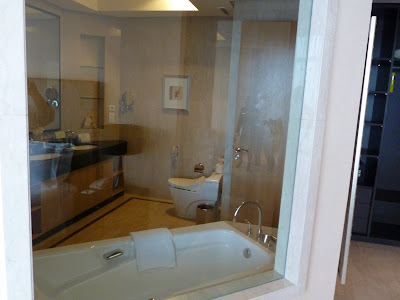 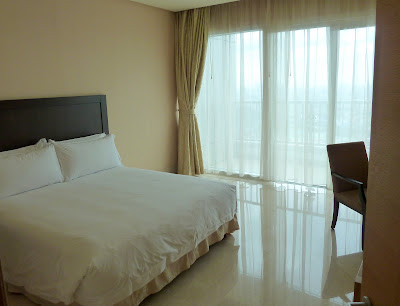 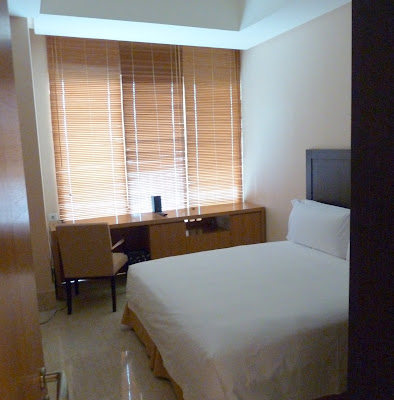 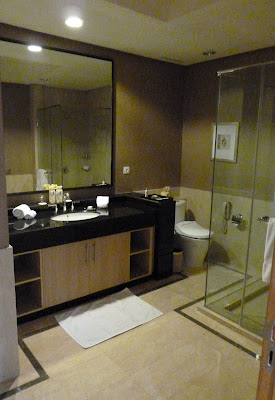 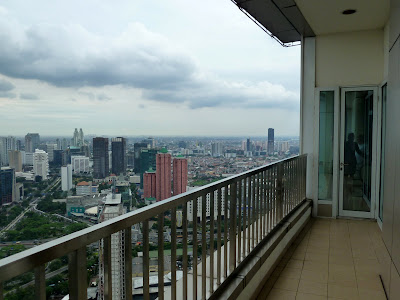 Our surroundings are certainly more elegant—and more immaculate—than what we're used to. They'll stay that way, too, except for whatever clutter we inevitably introduce, because this is a serviced apartment, beds made, floors swept, tub scrubbed, wastebaskets emptied, on a daily basis.

There we are then. Wellands installed and provisioned, thanks to Connie and Mark organizing the rental and stocking the fridge. Let the adventure begin!


Night views from balcony, photos not as good as the real thing 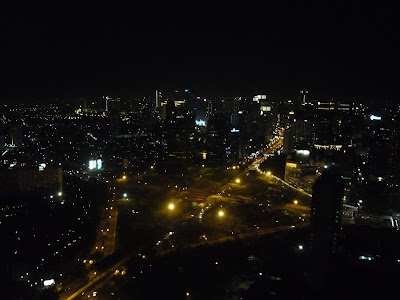 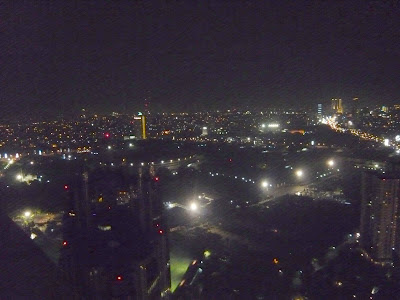 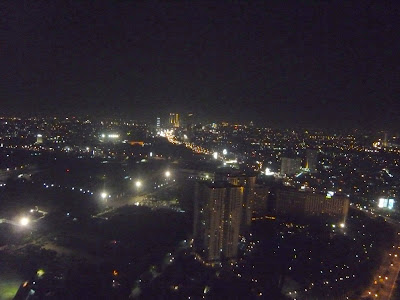 Posted by magpiemom at 5:32 AM