I give up. After procrastinating for over a month, I'm going to admit defeat and just paste in photos and occasional notes/captions for the rest of Michael's birthday trip.

Fresh OJ at breakfast—worth ignoring the small black bugs flying inside the orange-squeezing contraption and, as well, the one that resurfaced in my glass. CNN on room TV shows clip of a dad at Phillies game hugging small daughter who has just thrown back the ball he caught. Doesn't everyone like to think he or she would react like this (I'm painfully aware my first response would have been to yell)? Writing this post World Series defeat by Yankees, I wonder if my home team gave the Montforto family tickets to the final less-than-triumphant games of the season. They deserved them: Philadelphia fans don't often get positive publicity.

Again—I digress. We continue through Finistére to Brest, a major habor city almost totally destroyed by Allied bombing during WWII. Michael has blogged on Brest and our next stop, Douarnenez: http://throughthesandglass.typepad.com/through_the_sandglass/uses/

An old fishing village, Douarnenez is now home to one of the museums the French do so well, in this case the Musée du Bateau. 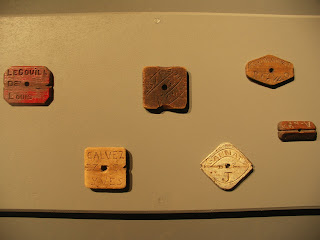 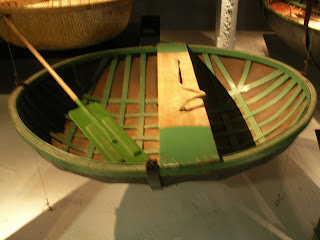 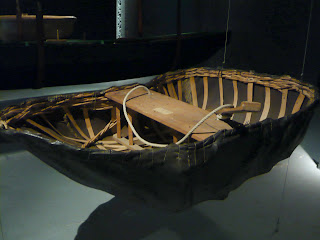 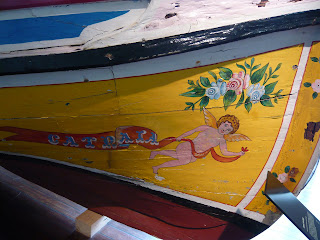 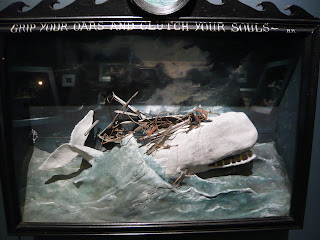 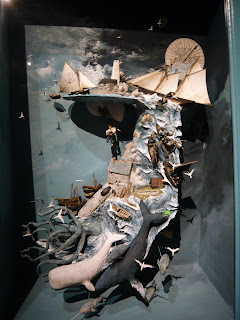 Douarnenez has long been a sardine town. What looks like wallpaper here is actually a sheet of tin covers, ready to be cut out. 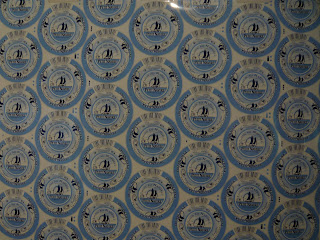 Outside were various ships to tour, including a Thames barge and—perfect for Michael—a gabare sablière that brought shiploads of sand to Brest for concrete during the reconstruction years. Within the museum was this tribute to the boat people of Vietnam/Indochine. This vessel crossed the China Sea in 1981 with 86 people aboard, symbolized by the 86 lights glowing dimly in the interior. Very moving—and timely, with its reference to the new generation of boat people now trying to make their way to the first world from the third. 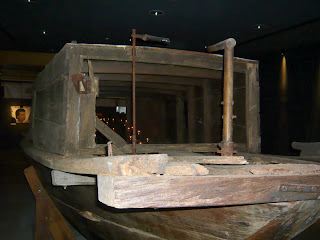 Two generic scenes from Britanny, one for you, Mom, and one for Dad. It's obvious which is which: 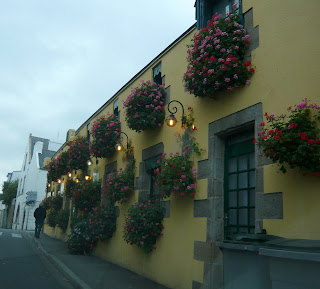 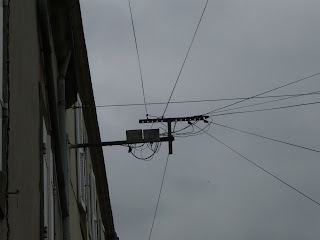 After a picnic lunch overlooking the white sands of Pointe de Trévignon, we checked into a utilitarian but more than acceptable Comfort Inn in Vannes, named for the Veneti tribe, whom I vaguely remember from Caesar's De Bello Gallico. The hotel not only offered the best breakfast we had on the trip, but also our only encounter with wastepaper baskets in the room divided for recycling into paper/glass compartments.

Vannes is perfect for sightseeing and shopping. I picked up three bead bracelets for €17, excellent macarons in an upmarket confectionery shop, but failed to convince Michael to buy some bargain-priced minerals and a small antique tin trunk for storing the sand samples that were piling up in our rental car. 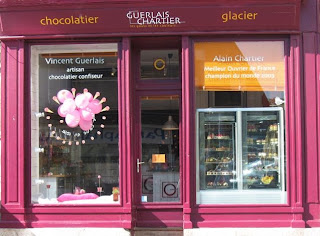 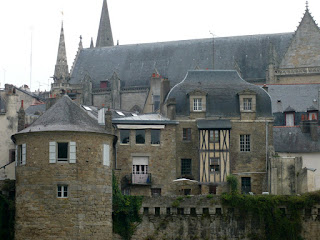 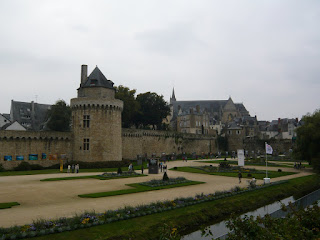 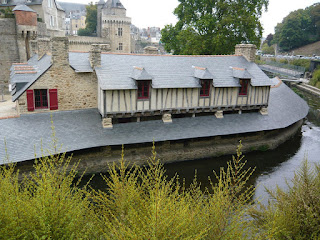 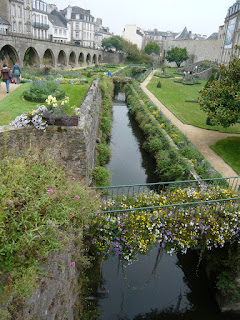 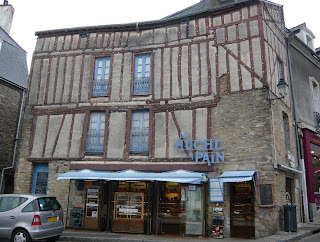 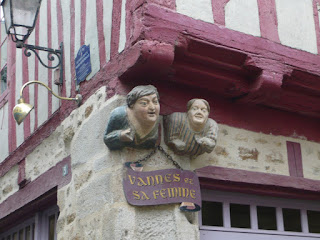 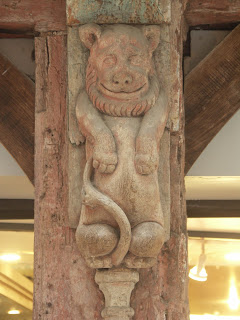 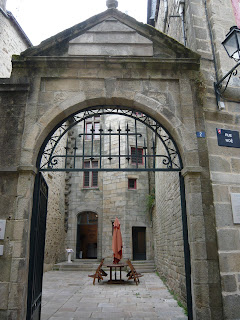 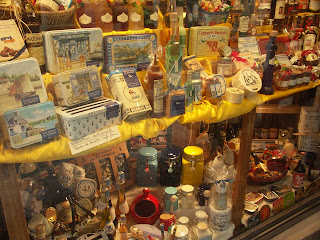 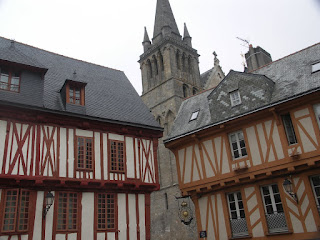 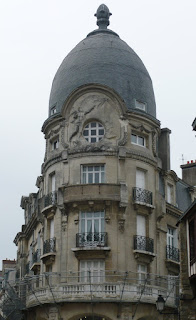 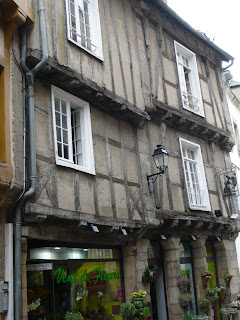 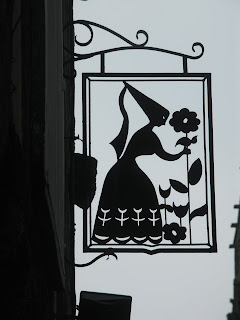 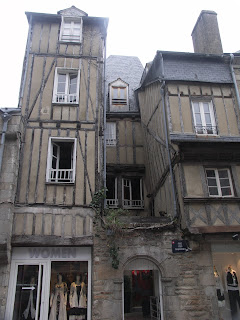 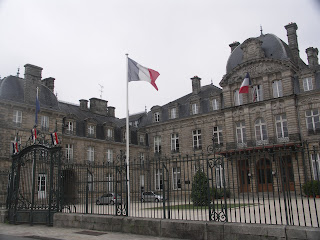 That night we had a simple and delicious dinner in a Moroccan restaurant. The blurb on the wine bottle was an extra treat, meaning obvious whether you can read French or not: