I never saw Morons from Outer Space, but I do remember the line that featured in ads for the movie: "they came, they saw, they did a little shopping." Sort of like me in Spain on Tuesday, but with more emphasis on the shopping.
We crossed the Pyrenees this time in order to revisit La Bisbal d'Empordà, a town we had discovered via Jean-François and Brigitte Bernard a couple of years ago. We had two goals: (1) to pick up some blue dishes so that we could finally discard the olive pattern from Auchan that had lasted far longer than I'd originally hoped and (2) treat ourselves to a full-sized trillo panel (explanation later) as 2010's sole Christmas present chez Welland.

Bisbal is filled with tourist shops selling cheap pottery, but there is one store that stands out above the rest, far better (better = quality + affordability) than any we've found nearby in France, too. We made a beeline for "El Rissec de Valls i Llenas—Ceràmiques d'Artesania" on the main drag. We were beginning to think the whole town was closed for some mysterious reason, having arrived at 9:45 am since our guidebook said Spanish stores generally open at 9:30. Several were clearly boarded over—summer trade only this close to the coast—but at a few minutes past ten El Rissec's owner took pity and opened her doors. 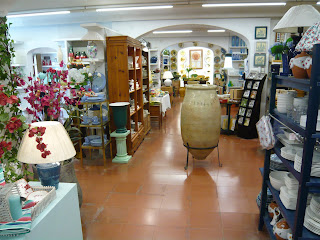 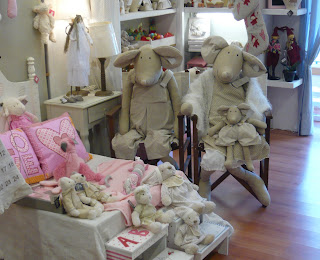 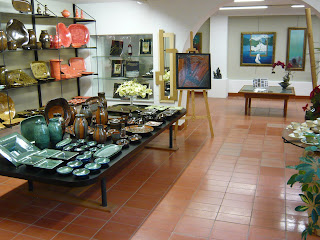 I could easily have bought twice as much as we did, but limited myself to essentials (Michael might disagree here), the necessary dishes plus some very fine artificial greenery to put in an empty brass pot on our mantel.

Then it was trillo-hunting time. We didn't know the proper name for the item we were searching for until we found it. Bisbal's commercial avenue is divided into two sections, ceramics first and antiques farther up the same road. We drove—after Michael performed the difficult maneuver of extracting our car from the parking spot where it had been pinned in by a van left illegally about ten inches behind us. Spain and France do have certain similarities . . . .

Our progress at the upper end of the street was carefully observed: 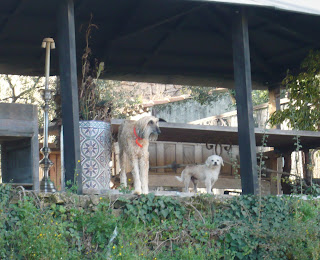 The first antique shop yielded up a metal canteen from the 1920s to join the tool collection hanging in our living room. [Note for future: if we decide to splurge on an 80-euro burnished metal mortar & pestle, this large warehouse, with a charming English-speaking woman in charge, has a large selection.] The second, companion store to Anticua with its beautifully restored clocks, had exactly what we were looking for. It was, in fact, the same shop where we had bought a small wood-and-flint sample piece on our previous excursion.

Here—photo of photo above the panels for sale—is a trillo in use, threshing grain. 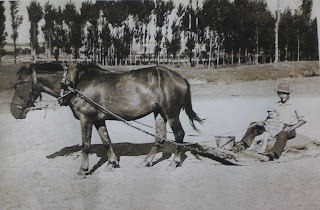 Wikipedia has an astonishingly comprehensive entry on this ancient device. You do have to wonder who takes the time to put up such well-written, lovingly detailed descriptions for no gain or glory: http://en.wikipedia.org/wiki/Threshing-board. And whoever compiled this material acknowledges his/her debt to the author of the Spanish wiki equivalent: http://es.wikipedia.org/wiki/Trillo_%28agricultura%29.

While Wikipedia shows an engraving of a trillo on a 3rd-millennium-BCE seal from Turkey, our modest acquisition is from 1880s Spain. We were delighted to be able to secure the single panel in the photo at the end of this post for under 300 euros. If we'd had the money and space, though, we would have loved to own this complete trillo, also for sale in the same shop: 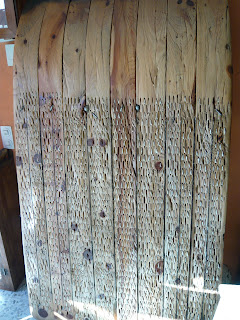 On our last shopping trip to Spain, we had seen beautiful doors crafted from these threshing boards. Didn't take the time to find the same outdoor display on this jaunt, but here's a rustic version from the Wikipedia article, plus images of table and bar stolen from elsewhere on the internet. Magnificent! 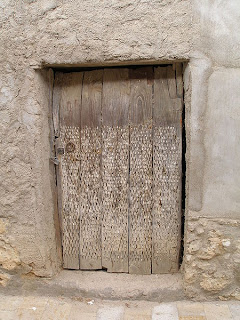 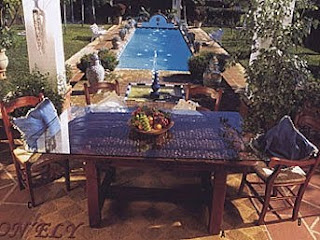 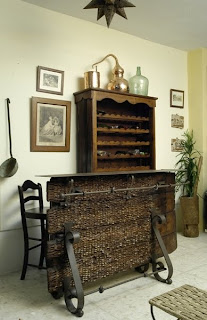 Shopping over, we dropped down to the Costa Brava for the obligatory sand collection. 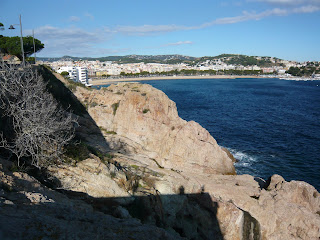 Then it was home for lunch and an opportunity to admire our purchases: 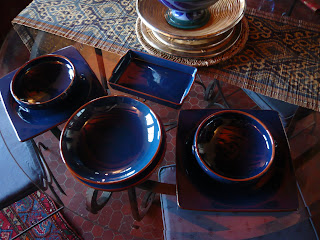 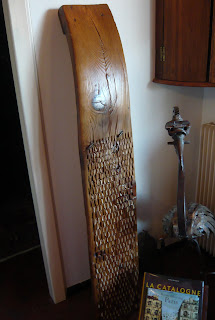 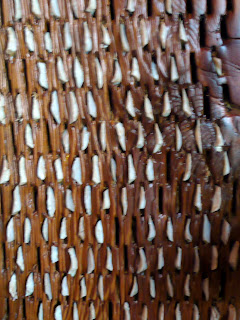 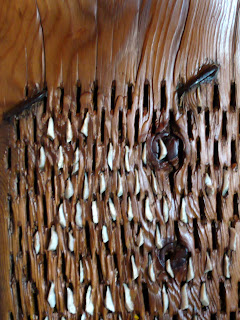 Posted by magpiemom at 2:12 PM