Remember to click on images to enlarge them. And apologies to Michael for Blogger's habit of inserting spaces between photos that can't be removed.
Rocks, a classic Land Rover, an escape from Jakarta, and my birthday toy. 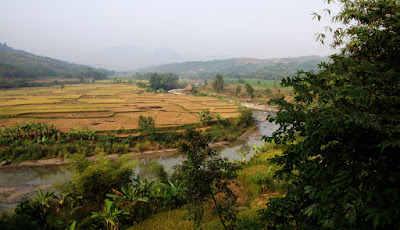 Java, 12 million years ago. The tropical seas came in and then they went out again – before coming back in again, and so on - the sands and the muds were moved around, the coastline changed – and the whole story is there to see in the bed of the Cipamingkis River as it flows through the rice paddies just sixty kilometres or so southeast of Jakarta. A perfect Sunday outing for three geologists for whom it had been too long since they last stared a rock in the face. My colleague, Sena, whom I first got to know more than twenty years ago and am now enjoying working with again (it being a funny old world), essentially identified these river-worn outcrops as being worthy of attention and the occasional assault with a geological hammer, and has led fieldtrips there for all and sundry for many years. We had talked for months about an expedition, and finally, as a culmination of my birthday weekend, we did it. And we did it together with my old friend Mark, a stroppy Scottish geologist, who, by good fortune, happened to be working in Jakarta before moving on to Kuala Lumpur essentially as I write.

Now another of the many things to note about Sena is that he is what can only be described as a Land Rover aficionado. He has two, both classics, and he rolled up at 6.00 am Sunday in a beautifully immaculate and lovingly maintained short wheel-base 1991 Defender; I was taken back to my days nearly forty years ago nursing and cajoling this one’s ancestor around the mountains and deserts of Oman. 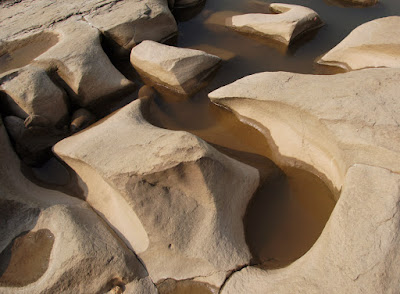 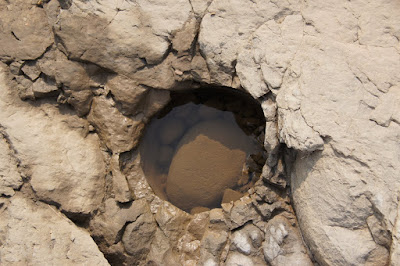 To encounter so quickly the landscapes, the villages, the markets, and the general hustle and bustle of early Sunday morning in rural Java was an immense pleasure – the contrast with Jakarta’s metropolitan chaos to be savoured. Sheep, geese, rice being harvested, rice being dried, dragonflies in many different colours, simple but well-engineered bridges, and, above all, kids having fun on a Sunday afternoon down by the river. 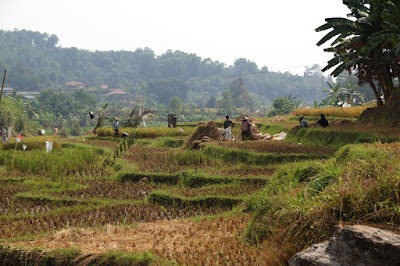 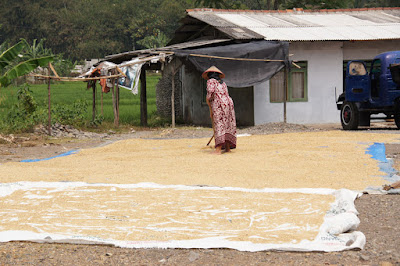 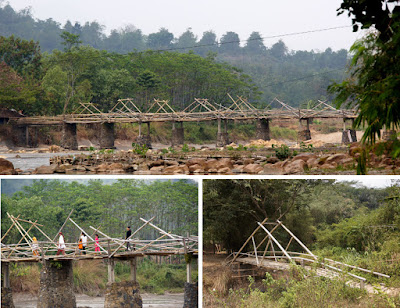 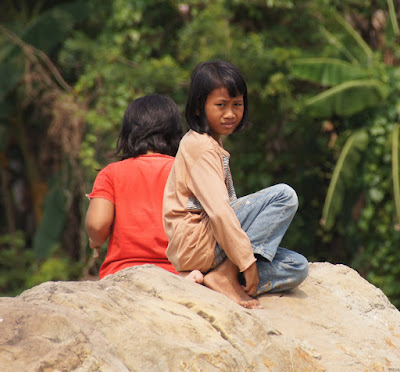 Now, you may have noticed a couple of rather impressive panoramas among the photos above. I had treated myself to a birthday present – a quite incredible camera, the Sony a55 with a wide-angle to seriously telephoto lens. Amongst the amazing things this device does (and that I have so far managed to understand) is to take multiple images as you pan across a scene and process them into a single, completely seamless, panorama. This is a geologist’s dream come true – no more trying to stitch together adjacent images with completely different colour and character into an amateur montage – it’s all done for you with incredible ease. Here’s another one:

But, being admittedly slightly obsessive on one particular topic, I have to ask: what’s wrong with this river? A hint? Where’s the sand? Or. for that matter, the gravel? Or the cobbles? The Cipamingkis is a very odd-looking river simply because all the sand, all the gravel, and all the pebbles have been removed, excavated (hence the strange pools and the absence of a clear channel), trucked away. Well, not entirely – this amazing vintage truck was still shipping rounded river stones out of the valley, probably to enhance the landscape gardening of some suburban Jakarta villa. Odd how we can manipulate landscapes. 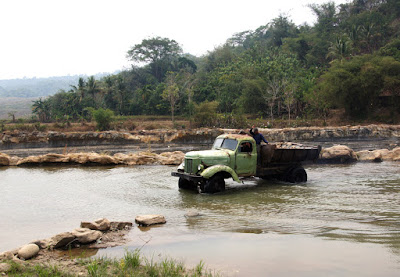 So, a great day out – three geologists, only four different interpretations, but a common conclusion: the seas come in, and the seas go out…