When Mark asked Connie what she most liked about living in Jakarta, her answer was, "The surprises." So true. Here are a couple from recent forays to Kem Chicks.

The first time I was deciding on some fruit and vegetable selections when a photographer started snapping a good-looking young couple posing for their wedding album. They generously allowed me to take a few photos, too. 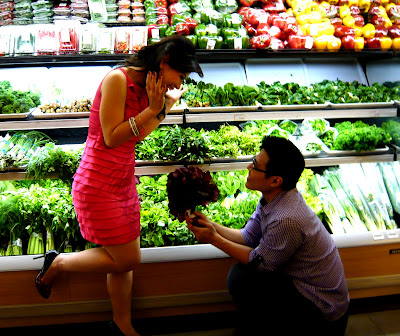 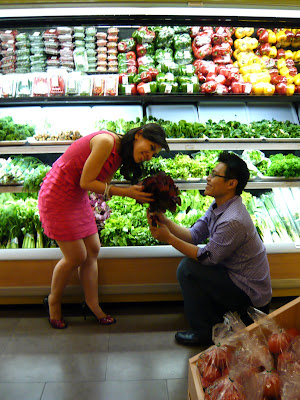 The next time I was checking out when Agus came up to me and asked if I had seen the tables. I thought he meant those laden with special Ramadan fare and pointed to the three plastic containers of homemade food I had bought. This wasn't what he meant at all. He led me back to a display of linens and dinnerware that I had spotted. Where my never-anything-to-write-home-about powers of observation had failed, though, was in noting what the items were sitting on. I was immediately reminded of the Pincemin exhibition we had visited in Ceret. Pincemin's materials were rough and unglazed, however, and the Indonesian craftsman who created the table tops used old wood from fishing boats rather than dilapidated buildings.

With apologies to the young woman whose careful arrangement of goods I disrupted: 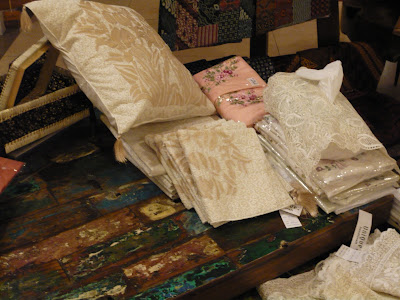 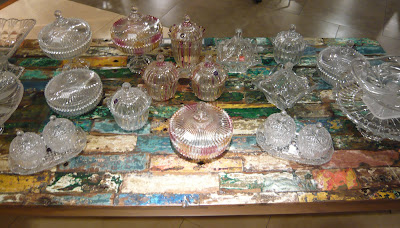 Here are the close-ups, looking more like abstract paintings than tabletops. 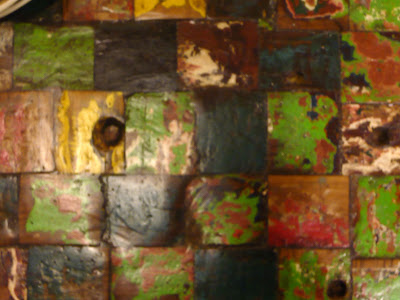 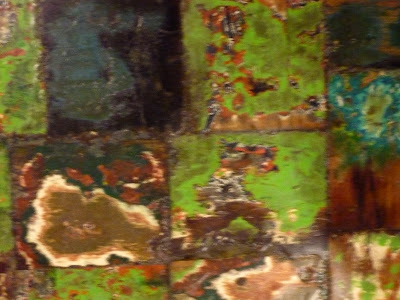 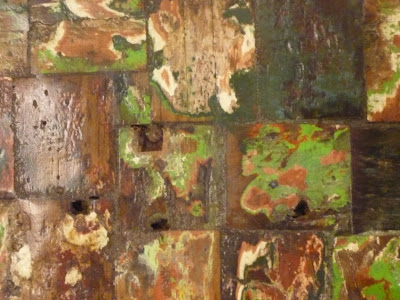 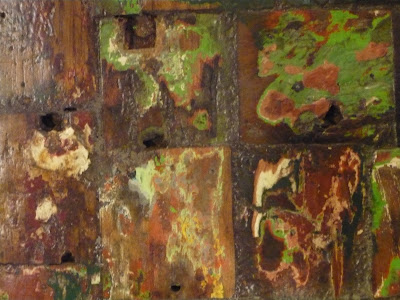 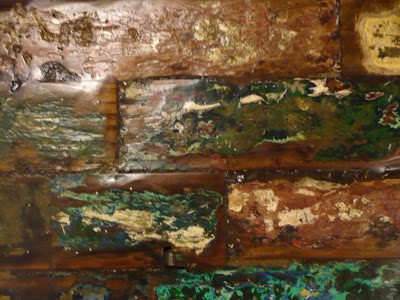 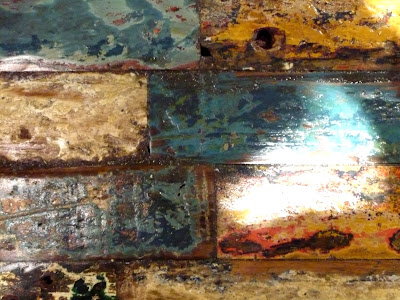 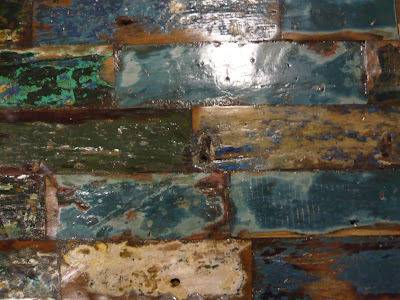 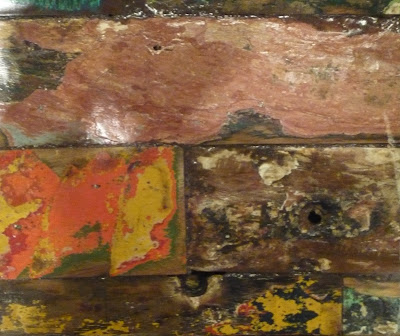 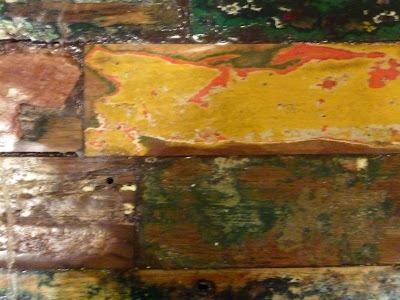 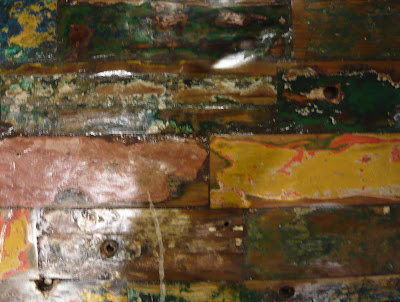 There's a bit of Howard Hodgkin in there, too. Which gives me the opportunity to quote one of my favorite art crit comments on "Hodgkin's ability to alarm colours by introducing them to one another."
Posted by magpiemom at 3:15 AM