We were there....and Kate gets the t-shirt

From the New Humanist website. I've never seen (or heard) an audience turn so hostile so fast.

Odd-Ball: Nine Lessons and Carols gets off to a bizarre start 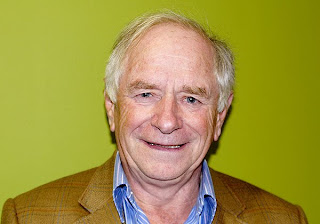 Well, last night saw an eventful start to this year's run of Nine Lessons and Carols for Godless People at the Bloomsbury Theatre in London. As a flustered Robin Ince opened proceedings, fresh from worrying when the first act was going to turn up, the audience were treated to a fantastic first half featuring Chris Addison (arrived 90 seconds before he was due onstage), Shappi Khorsandi, Simon Singh, Richard Wiseman, Jo Neary and many more, which was rounded off with surreal punk legend John Otway performing his Top Ten science-homework-based hit Bunsen Burner (here he is doing it on Top of the Pops, complete with Richard Blackwood intro). A very special mention here has to go to the BHA Choir, who stepped up to provide some fantastic, entirely unrehearsed, backing singing (and dancing) on the back of about half an hour's notice. They've only been together for a few months, and have never performed on a stage as large as last night, so they deserve to be feeling very pleased with themselves this morning!

After the interval, things continued in a similar vein, with hilarious sets from Richard Herring, Josie Long and Canadian rapper Baba Brinkman, and a cautionary tale from Ben Goldacre on the truth behind the MMR vaccine scare. But then, not so long after Mr Bad Science himself addressed the crowd, things took a turn for the, well, weird as Johnny Ball, the man responsible for introducing a whole generation of British children to maths and science, took to the stage. To begin with, he treated us to a Butlins Redcoat / Northern stand-up / children's TV science presenter intro, but soon followed this with a George Formby-influenced climate change denial song, which segued into a lecture on the "fallacy" of man-made climate change (it's the spiders and insects wot did it, y'see). After overrunning by more than 10 minutes, he left the stage to boos, jeers and a slow hand clap, in what has to be the most surreal moment we've seen at our Godless Christmas shows. You can see what comedy site Chortle had to say about it here. It's even ended up as a news story on the Daily Telegraph website.

Suffice to say, the festive atmosphere had changed somewhat by the time Ball left the stage, and it fell to Peter Buckley-Hill to pull everyone back from the denialist brink with a fun song about what would happen if he had no letter "x" (one for the "x"-denialists, maybe?). The recovery task was then completed in stunning fashion by Dara O Briain, who tagged a few minutes of incredible Ball-related improvisation on to his set. No doubt this, for many people, was the highlight of the night (I know it was for me). Rounding off the evening, we had the legendary Barry Cryer and Ronnie Golden bringing down the house with their hilarious song "Peace and Quiet".

So, that was just the first night, and already we have some major talking points! We do it all over again at the Bloomsbury tonight, and with Ball scheduled for a reappearance, who knows what could happen? And if spiders causing climate change wasn't weird enough, tonight there will be an appearance by graphic novelist Alan Moore, who "worships" a Roman snake deity named Glycon. What more could you want from a "rational celebration for Christmas"?

There's a lot of online chatter surrounding the shows, especially on Twitter using the hashtag #GodlessChristmas, so if you're into that than please come and get involved - remember to use the hashtag, and be sure to follow us (@NewHumanist). We're going to have some special treats from backstage later this week too, so keep following the blog and Twitter to make sure you don't miss out.

And finally, if all this has whetted your appetite and you don't have tickets for the Bloomsbury shows, remember there are still some tickets available for Sunday's show at the HMV Hammersmith Apollo. That bill includes Richard Dawkins, Al Murray, Dara O Briain, Mark Steel, Shappi Khorsandi, Brian Cox, Jim Bob from Carter the Unstoppable Sex Machine and, yes, Johnny Ball, so get your tickets now to make sure you don't miss out.

And with that, I'm off to prepare for tonight. It's turning into quite a week...