The two main cities of central Java are celebrated for their batik tradition. One of the main reasons for this long-weekend destination choice was to add to our modest collection. Which we did.

First, though, we observed batik being made at the Winotosastro workshop. I've posted before on an enterprise like this in Bandung. The process is endlessly fascinating, and I can see why Inger McCabe Elliott, whose wonderful book Batik: Fabled Cloth of Java I picked up at the Periplus store in Soekarno-Hatta airport, became immersed in the subject. I, however, will never be at anything better than a wish-I-knew-more level. 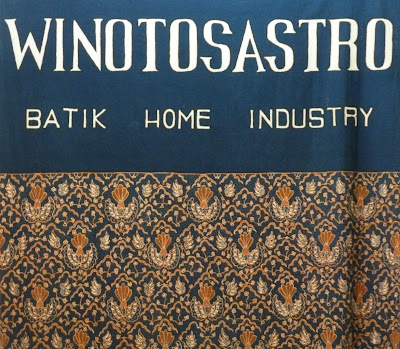 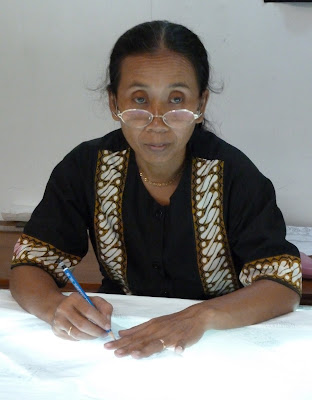 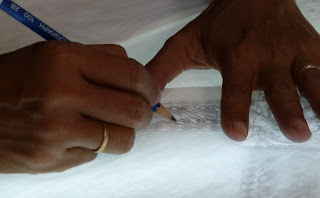 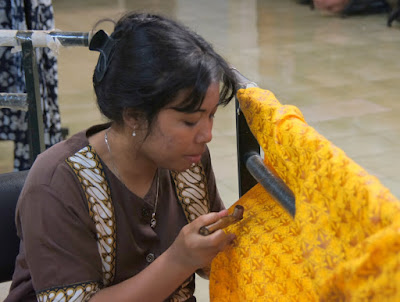 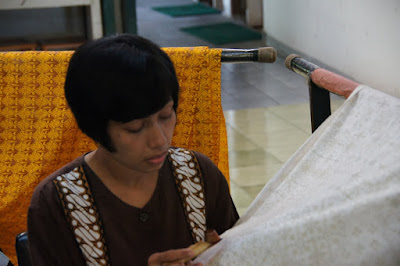 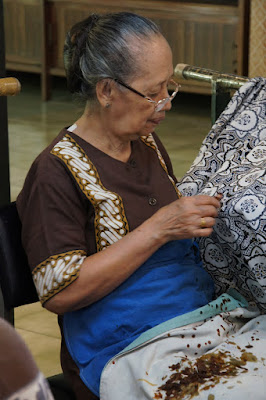 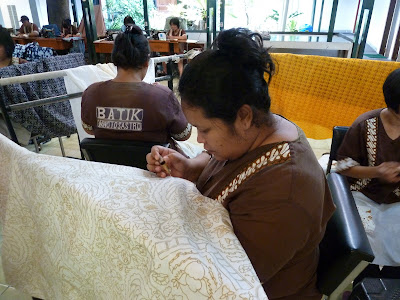 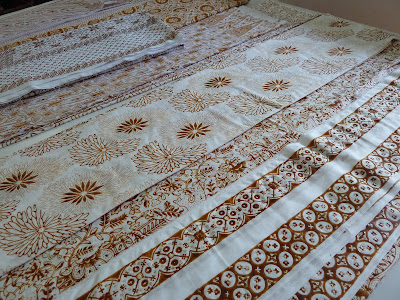 A collection of cap (pronounced like "chop"), for faster production. 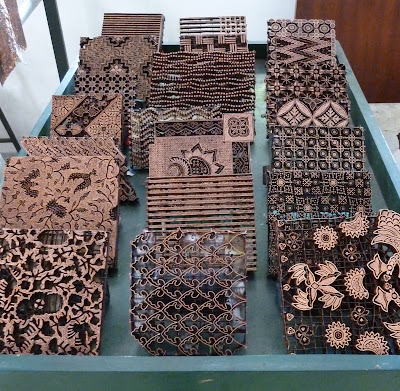 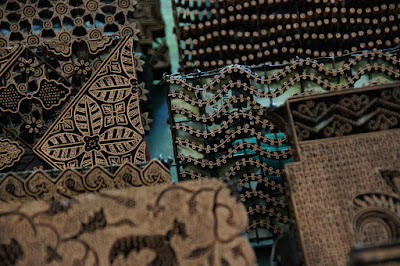 Just as in Bandung, the cap process was the job of young men, while women of all ages worked on the batik tulis. 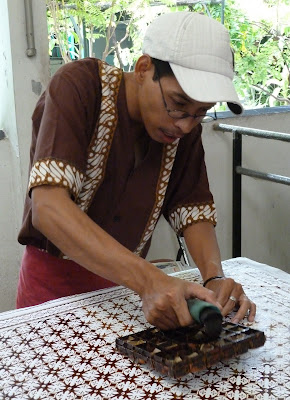 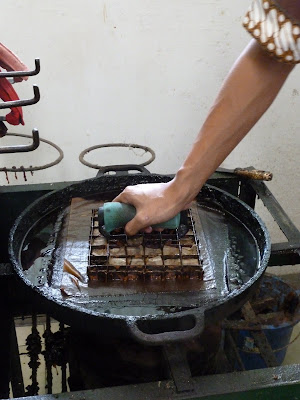 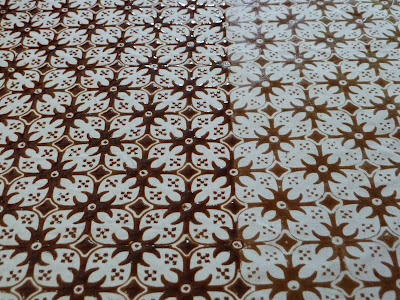 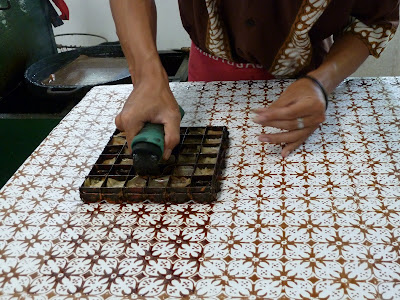 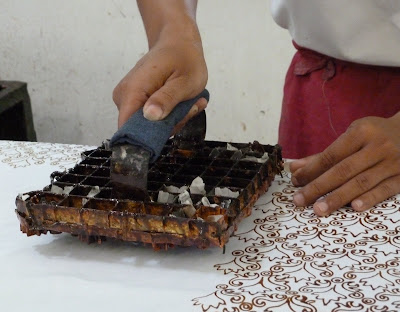 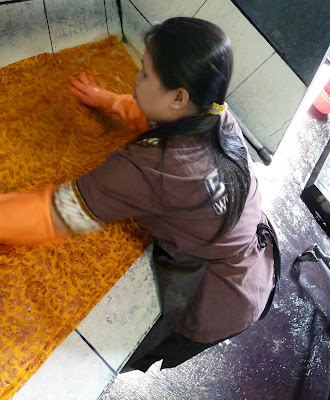 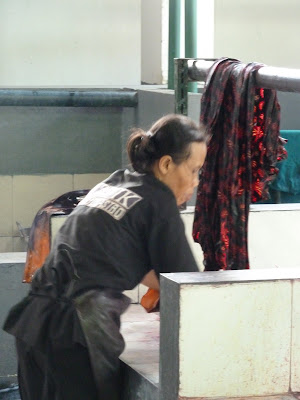 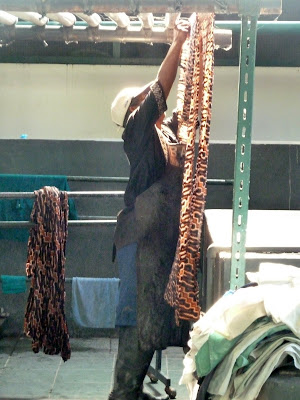 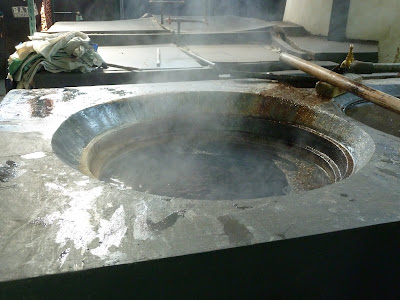 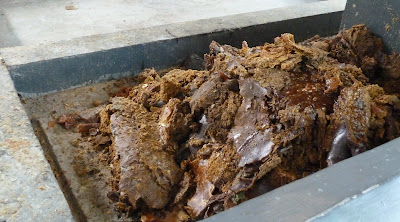 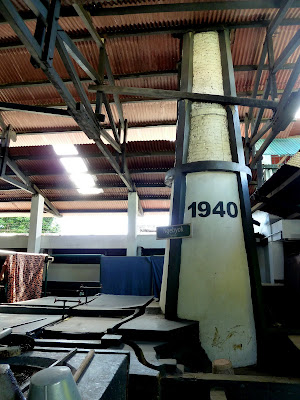 Pasted below, probably of interest to the aficionado only, are photos we also took of names for steps in the batik process and various cap patterns. This Winotosastro visit was on our first Friday and we followed it with a visit to a rather shabby but excellent batik and embroidery (sulaman) museum in Yogya Monday morning. No cameras were allowed there, however, so we have no record of the archival photos and the collection of tools used at every stage in batik production — and no images of the fine textiles on display, with particularly outstanding specimens of colorful  Pekalongan artistry. Dewi Nugroho, whose family collection this is, was in a wheelchair behind the reception desk; she's an embroiderer herself, specializing in framed portraits and landscapes.
Steps in batik process. 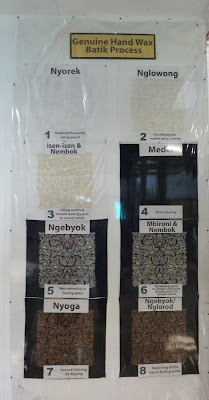 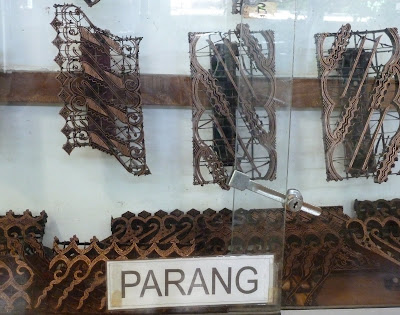 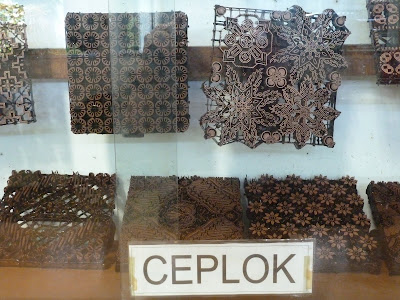 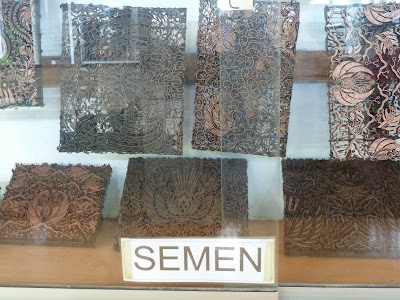 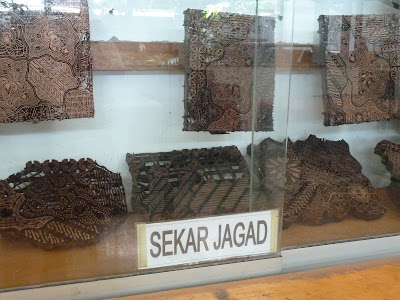 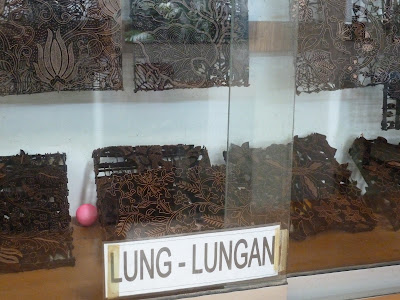 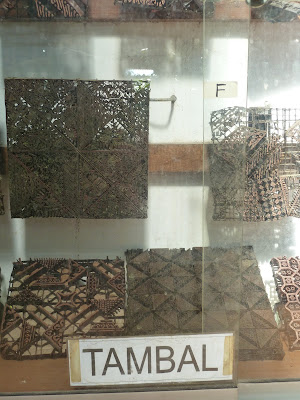 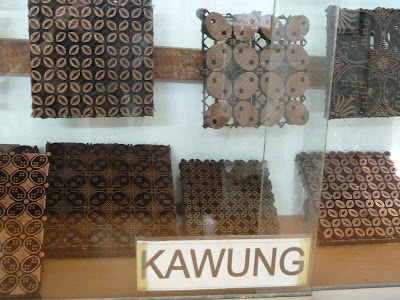 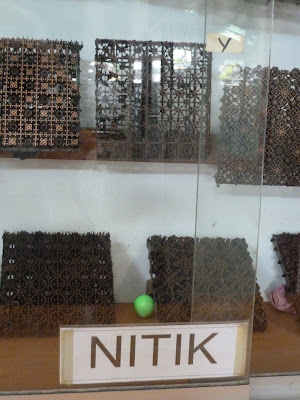 Posted by magpiemom at 8:32 AM