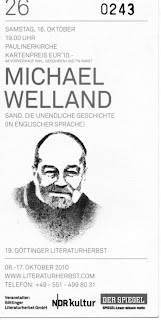 What an excellent weekend break, c/o an invitation to Michael from the Max Planck Institute at Göttingen to speak in the science component of the university's annual Literaturherbst. With classic German efficiency, every aspect of our visit was beautifully organized (thank you, Svea!). We could never have anticipated, however, the warmth and hospitality of our hosts, which will be particularly evident in the second and third segments of this account. 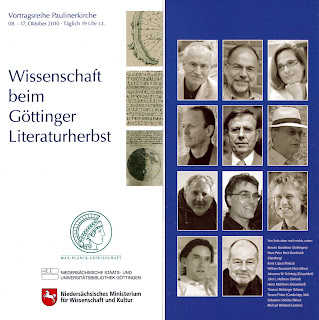 We flew BMI from Heathrow to Hanover and were whisked to Göttingen in a smoothly purring BMW (on the way back, our transportation was via another BMW, newly leased, with less than 200 kms on the odometer; for a mere €65,000, you too could have separate temperature controls for each side of the car). The sense of luxury continued in Hotel Gebhards, the city's finest, part of the Romantik chain: 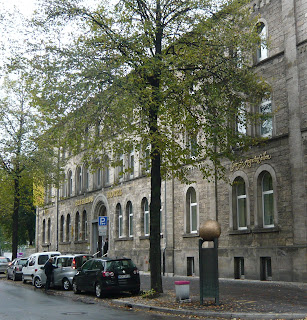 We had lunch in the hotel's excellent and immaculately polished restaurant: 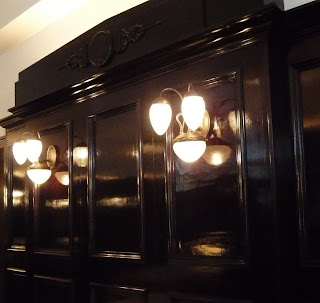 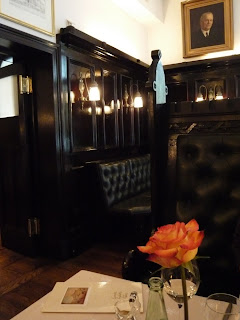 Michael's veal and the best rösti we've ever eaten 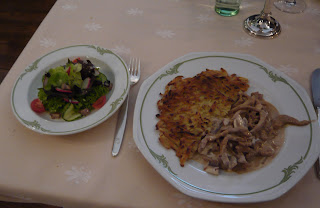 My duck with sour cherries, dumplings and red cabbage 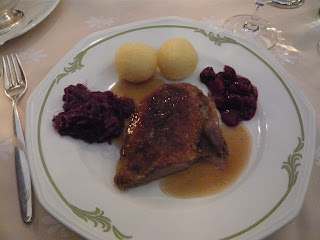 That evening Michael and his tag-along spouse were escorted to the lovely old Paulinerkirche by (pasting from his website) "Prof. Dr. Stephan Herminghaus, Max Planck Institute for Self-Organization and Dynamics, Dept. Dynamics of Complex Fluids"—a world leader in the behavior of wet granular materials. He was charming, far more friendly and humorous than his title might imply.

Courtyard (Paulinerkirche is out of picture, on right) 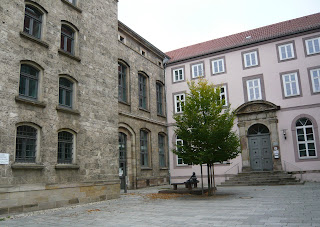 Under tree above is a statue of Georg Christoph Lichtenberg,
Göttingen's most popular (and diminutive) physics professor
(1742-1799) 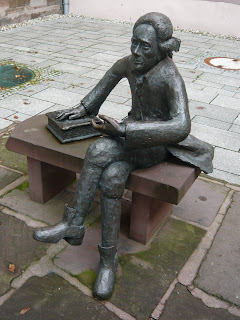 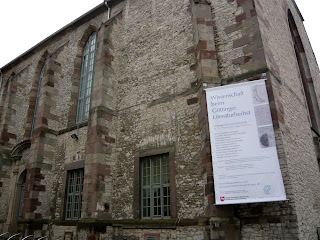 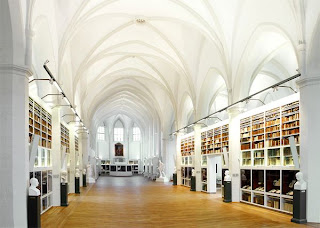 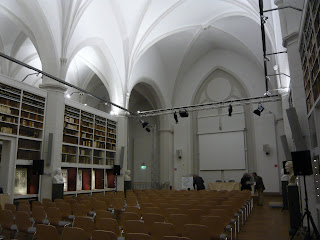 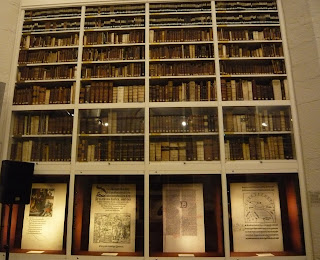 While the mathematician Carl Friedrich Gauss is probably Göttingen's most revered presiding spirit, more of us will be familiar with two linguistics professors, the Brothers Grimm 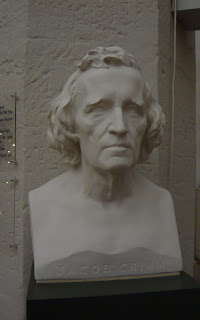 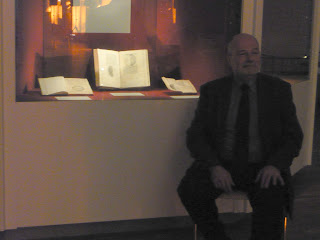 For Kate: the sound system (Midas board) 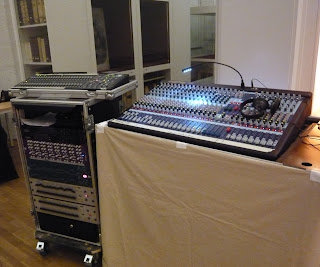 Michael & Markus, the talented grad student/photographer -- who identified a chunk of desert glass sitting on the table just from having watched a TV documentary 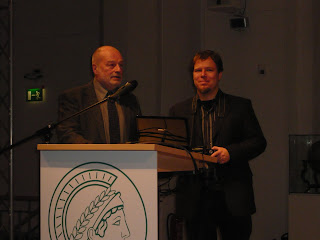 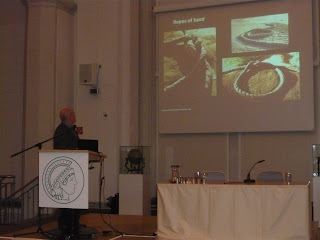 After gratifyingly long applause (contributed to, no doubt, by Hans-Jörg's translation of opening remarks into idiomatic German), an author's perk: signing a book for a pretty blonde 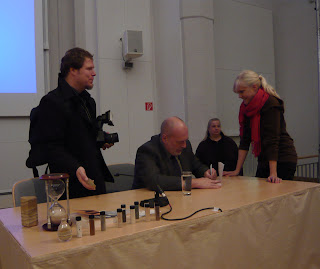 Matthias & Sibylle, inviting Michael to tour
the granular materials lab the next day 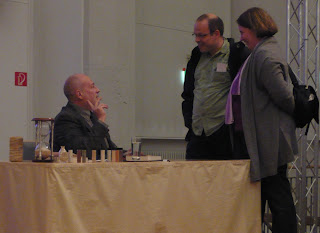 Our second invitation arose during dinner at Das Kartoffelhaus, when Reinhold Wittig, geologist and enlightenment man extraordinaire, arranged for us to drop by to see his marionettes and games. Little did we guess what an adventure this would be (Göttingen 3). If you look back at the photo of our hotel, you'll see a bronze orb. This is the Sun, part of the Planetenweg he designed for the city, with distances between sculptures proportional to distances between planets: Pluto is up in the surrounding hills.
Posted by magpiemom at 9:28 PM