Since I'm leaving our apartment in an hour to avoid the obligatory bug prevention spraying scheduled for today, I thought I'd quickly post something on one of Indonesia's most celebrated painters. He was featured in a Jakarta Globe piece this weekend on an upcoming art auction.

Here's the image included in the article, a painting by Dede titled "Tukang Daging" ("The Butcher"): 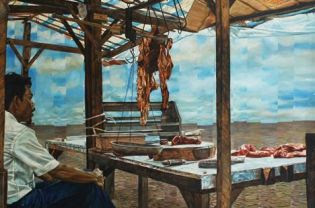 As is immediately clear, he's a photo- or hyper-realist, but his intention is to get beyond the photograph and depict the tensions beneath the surface. Born in 1956, he tackles the rampant consumerism that has characterized so much of third-world development, concentrating on the marginalized figures in Indonesian society.

The video below is a good introduction — and it's as much an introduction for me as anyone else. Since we've been lucky enough to get to Jakarta for a third time, we intend to be even more inquisitive about this fascinating culture than we were in the past. Not having kids to look after makes a huge difference in what you can focus on.
http://www.youtube.com/watch?v=AhfsKdkqxyU

A few of the many other Dede works available via google images: 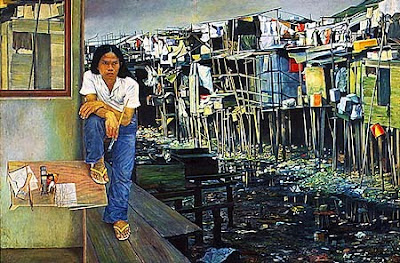 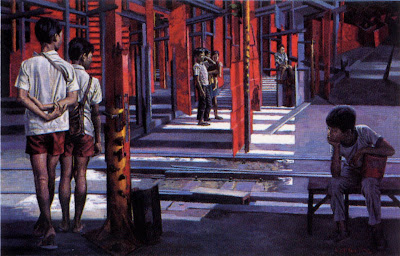 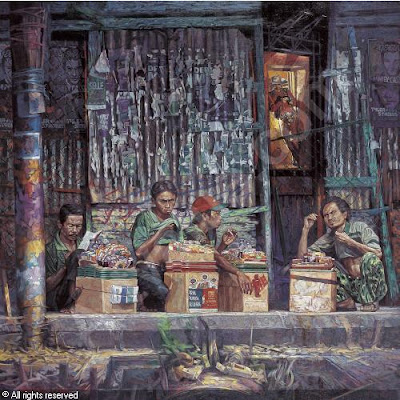 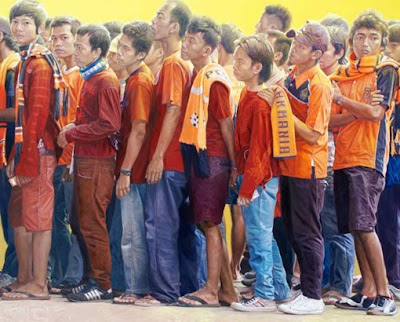 Dede is also known as a "pop icon artist," so here's a final image, his painting of the Czech-American painter of icons who is himself the consummate example of the genre. The theme of consumerism continues. . . . 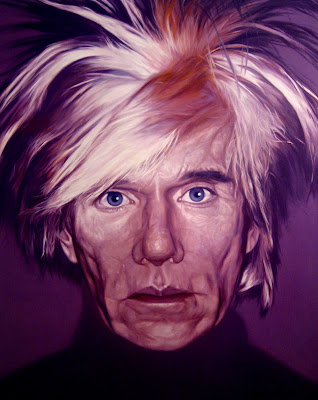